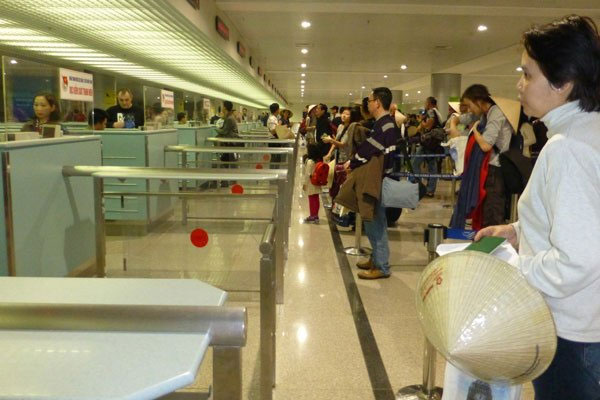 According to documents prepared for the Vietnam Business Forum 2015, an annual dialogue between the Government and the private business sector set for on December 1 in Hanoi City, foreign business associations raise the issue in order to seek solutions for FDI firms.

Sherry Boger, chairwoman of the American Chamber of Commerce in Vietnam (AmCham), said Vietnam’s revised Immigration Law, which took effect on January 1, 2015, does not link with the Trans-Pacific Partnership (TPP) trade pact. Most member states of the pact have pledged easy entry for entrepreneurs in the bloc depending on appendices of each member state.

U.S. citizens now get Vietnam visa that have a three-month validity and a single entry. This is a big hurdle to businesspeople and tourists from the two countries and may greatly affect revenue of the tourism industry, which is one of Vietnam’s five priority sectors, Boger said in a petition.

In fact, AmCham raised the visa issue at the Vietnam Business Forum in June this year and was informed that U.S. citizens could apply for one-year-validity, multiple-entry visa from the following month. But nothing has changed so far.

If Vietnam does not revise its visa policy for American business and leisure travelers, the U.S. would have similar treatment towards Vietnamese passport holders in near future. At present, Vietnamese citizens can get multiple-entry U.S. visa with a one-year validity, Boger said.

AmCham expects the problem to be solved in the next few months.

Meanwhile, Shimon Tokuyama, chairman of the Japan Business Association in Vietnam, urged a relaxation of the visa conditions for Japanese visitors.

David W. Carter, a representative of the Australian Chamber of Commerce in Vietnam (AusCham), also expressed concern over the visa issue.

The Government’s recent decision to increase the number of countries subject to visa exemption is welcomed. Currently, Vietnam offers a visa waiver for citizens from 21 countries while Malaysia exempts 164 countries from entry visa, the Philippines with 157 countries and Thailand with 52 countries.

“First, we strongly recommend promptly expanding the list of countries enjoying visa exemptions to Australia and New Zealand to further facilitate trade, investment and tourism between the nations. Secondly, we recommend the exemptions be for 30 days not the current 15 days with returns allowed within 30 days as a means of encouraging people to use Vietnam as a hub,” Carter said.

Apart from the visa matter, the Government and associations will discuss Vietnam’s international integration, banking, infrastructure development and auto industry at the forum.