More foreign brands franchised to Vietnam
More Asian brands, particularly those from Southeast Asia, have been franchised to the Vietnamese market, with seven foreign franchises licensed in Vietnam this year.
Go Back 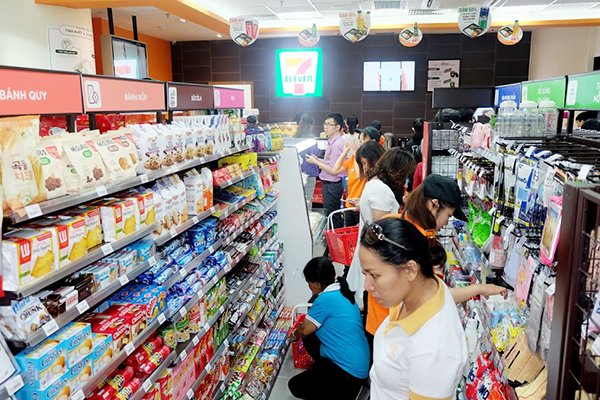 Customers shop at a 7-Eleven convenience store in HCMC. More Asian brands, particularly those from Southeast Asia, have been franchised to the Vietnamese market

According to franchise data on the website of the Ministry of Industry and Trade, the most recently licensed company is the U.S.-based KF Tea Franchising LLC, which was licensed on April 3.

Last month, MCOSTAR of South Korea specializing in catering and accommodation business and Ten Ren Tea of Taiwan got franchise licenses. Three companies licensed in January are from the U.S., Japan and Singapore, and active in dining and massage services.

Data of the ministry also showed that 203 companies have been licensed to franchise hundreds of brands in Vietnam since 2007 in a wide range of areas but mostly catering.

Of these, 7-Eleven was registered in 2015 but its stores were just opened last year. FamilyMart arrived in Vietnam long ago but has recently started franchising its convenience stores.

These statistics do not reflect the actual picture of the franchise market. There are brands active on the domestic market but they are not yet included in data.

According to Nguyen Phi Van, chairwoman of Retail & Franchise Asia and founder of World Franchise Associates, foreign brands will continue flowing into Vietnam in the next three years. However, Vietnam’s franchise market is still in its infancy as franchise activities began to be active in 2009.

Van said Vietnamese investors, if spending much on franchises, will need to focus on operations. Meanwhile, those spending little have to accept the fact they need to work with franchisers to build complete franchise models.