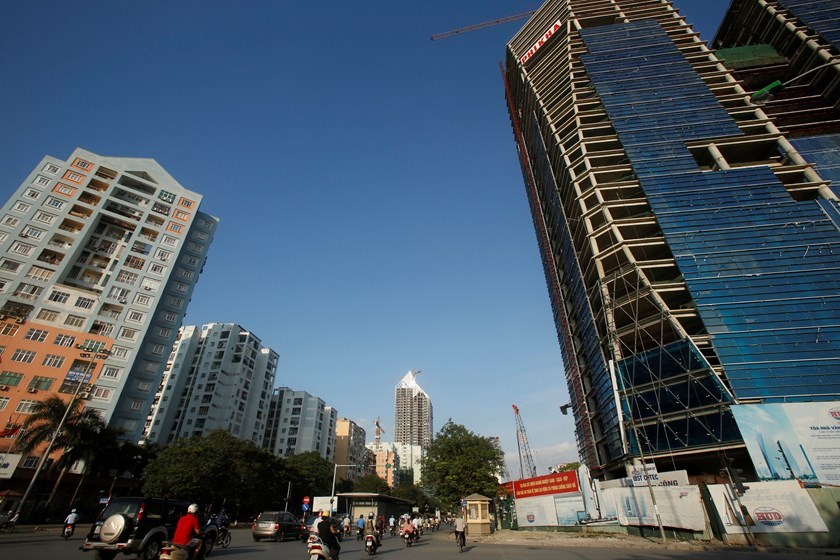 Under an agreement with local property developer Phuc Khang earlier this month, Singapore-based investor Genesis Global Capital will bring in the contracted money over six years.

Phuc Khang will receive $50 million a year to build international standard apartments. The fund targets foreign businesspeople, investors and overseas Vietnamese who want to buy or rent housing in the country.

Ng Chuan Kai, the managing director of Genesis Global Capital, said Vietnam is on the fund’s radar after the US, Germany, and Brazil.

With its large population, policy changes allowing greater foreign ownership of property, and deeper international integration that would encourage more foreign investors and experts to come for business, demand for housing in Vietnam is set to increase, and it is a good opportunity for investment, Ng said.

Genesis Global Capital is one of many foreign companies to invest in the residential property market, which is recovering from a multiple-year slump.

After booming in 2007-08 the real estate market froze amid the economic downturn.

Buyers and developers defaulted on loans, leaving banks crippled with bad debts and unable to provide credit to tens of thousands of businesses. Many half-built residential buildings and office blocks could be seen strewn around cities.

Now Vietnam seems set for another boom, with new residential projects starting in Hanoi and HCMC and buyers snapping them up quickly.

The complex, which will include a shopping mall, a five-star hotel, offices and apartments, will be developed by a joint venture between several local firms and Denver Power Ltd. of the UK.

A long-awaited and unprecedented change to Vietnam’s foreign ownership regulations, which came into force on July 1, is a reason for foreign investors to increasingly enter the sector, Marc Townsend, managing director of property consultancy CBRE Vietnam, said.

Foreigners with a valid visa and foreign companies and international organizations operating in Vietnam are now permitted to buy houses and apartments.

Before the law was amended, only foreigners married to Vietnamese and those deemed to make significant contributions to the nation’s development were allowed to buy houses.

The new rules allow maximum foreign ownership of 30 percent in an apartment block and 250 houses in a ward.
“The relaxation of foreign ownership restrictions is more significant than previously anticipated and marks a strong step towards the opening up of the Vietnam real estate market to overseas investment,” Townsend said.

Vietnam’s participation in the Trans-Pacific Partnership agreement, which is expected to draw more investment into the country, especially from major importers of Vietnamese products like the US and Japan, has also attracted housing investors.

South Korean giant Lotte, Hong Kong’s Sun Wah Group and Singapore property developer Keppel Land have all entered the property market, which is also spurred by a young population and growing middle-class with strong aspirations for home ownership and the high urbanization rate.

The increasing housing demand should also come from one of Asia’s fastest rates of middle-class expansion, with the economy growing 6.28 percent in the first half of this year – the fastest pace since 2008.

However, there are not many attractive property developers or projects in the country to attract such flows, and the complicated legal procedures are also barriers, he said.

“To attract more foreign investors into the sector, bad debts should be cut, administrative procedures streamlined, and transparency of market information improved.”

The property sector ranks third this year behind manufacturing and electricity generation in attracting FDI. By October it had attracted $2.14 billion, accounting for 11.1 percent of total investments, according to the Foreign Investment Agency.

Fast rising
After the government’s efforts to clear up bad debts, a lot of it stemming from real estate, and ease restrictions on housing buyers, the residential property market has grown rapidly. An estimated 6,880 apartments were sold in Hanoi in the third quarter, 154 percent up over the same period last year, according to CBRE Vietnam.

Unsold inventory of apartments fell 56.21 percent from nearly $6 billion worth at the start of 2013.

The number of units launched in the third quarter doubled from a year earlier, CBRE said.

The drivers of Vietnam’s latest emergence include a stable and recovering economy, rising confidence among buyers and developers, and the positive effects of the AEC (ASEAN Economic Community) and TPP, of which the country would be a key beneficiary, he said.

“Currently Vietnam is offering the most exciting opportunity in the region, while at the same time the regional real estate markets are suffering.”

Singapore is feeling the effects of the heavy-handed cooling measures, Indonesia and Malaysia have seen rapid currency depreciation, Thailand continues to grapple with internal issues and Myanmar is seeing significant supply coming on to the market, putting downward pressure on rentals and pricing, he said.

“Meanwhile Vietnam has come through an extended period of consolidation, and looks poised to lead the regional real estate markets over the next two to three years”.