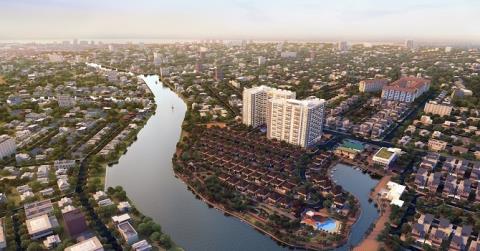 As of July 15, the country’s major economic hub lured only US$863.6 million, much lower than $2.5 billion in the same period last year.

According to the office, real estate remained the most attractive sector to foreign investors, attracting $280 million or 43.7 per cent of the city’s total FDI. Trade ranked second with $185 million or 28.9 per cent.

Deputy Director of the municipal Department of Planning and Investment Le Thi Huynh Mai told Sai Gon Giai Phong(Liberated Sai Gon) newspaper that the city’s FDI results did not reflect its overall picture of investment attraction because large-scale projects were often proposed by foreign investors in the second half of this year.

The city was expanding the second phase of the Sai Gon Hi-Tech Park by 600ha and planned to expand Quang Trung Software Park. It also focused on speeding up administrative reforms, she said.

The city would attract FDI in knowledge and technology industries, supporting industries and bio-technology to realise that city’s goal to become a knowledge economy, achieve green growth, and improve development quality and competitiveness, she noted.