Foreign funds develop new strategies
Though it has $112 million in a new fund, Mekong Capital has chosen to invest in only two companies, a sign that foreign investors have changed funding strategies.
Go Back 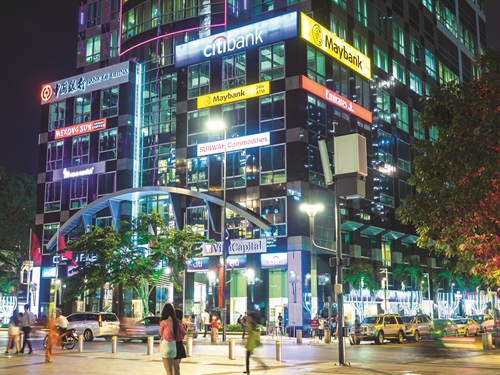 This can be seen in their move to restructure their investment portfolios. Andy Ho, managing director of VinaCapital, said its VOF would focus on family-run businesses in the time to come, and would not only target private companies in the early stage of development and planning to list shares on the bourse.

A report shows that the highest profitability VOF has gained in the last three years was from private investments which account for 25.9 percent, followed by investments in listed and OTC shares.

Andy Ho said VinaCapital plans to set up VSAF, a domestic fund for foreign investors in November, which would target companies with shares being transacted on Upcom market.

As for its open-end VVF, instead of focusing shares with high capitalization value, VVF would pay more attention to small and medium sized enterprises which are undervalued but still have good business performance.In 2016, VVF and VinaCapital see biggest potential in the fields of consumer & retail, infrastructure, industry, technology and utilities (electricity/water). And so do other foreign funds.

Dragon Capital, for example, after the investment deal in REE, a refrigeration engineering enterprise, has returned to the utility sector. It now holds 4 percent of stakes of Nhon Trach 2 thermopower plant.

Most recently, it has spent VND400 billion to acquire av15 percent stake and become the strategic shareholder of PCC1, a power construction and installation company. Dragon Capital now holds avstake in a series of large infrastructure development corporations, including CII.

As for Mekong Capital, its principle is pouring money into unlisted companies in certain fields such as branding, distribution and retail.

They make investments in large corporations with good foundations such as Vinamilk, Hoa Phat and FPT.

Therefore, according to DOBF, the business performance of 31 foreign funds in the first six months of 2016 were better than the VN Index with the average growth rate of 11.28 percent against the VN Index at 7.5 percent.