Foreign giants interested in Vietnamese real estate
Many large foreign corporations have increased investment in the housing market of Vietnam by forming joint ventures or buying shares of domestic enterprises.
Go Back 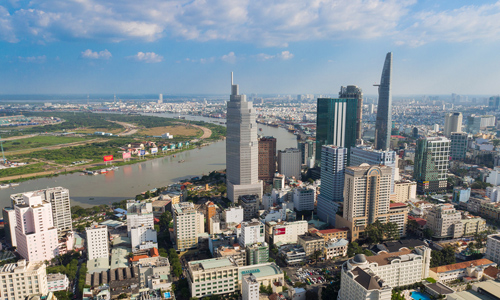 Ho Chi Minh City and Hanoi are the most attractive markets in the eyes of investors from Asia like Japan, Korea, and Singapore.

In the third quarter, the real estate market in HCM City recorded the formation of Maeda JV between Maeda – a Japanese firm and Vietnamese company Thien Duc to develop Waterina project in District 2.

Maeda is the builder of the underground segment in District 1 of the Ben Thanh – Suoi Tien metro lines. Waterina is the first apartment project of Maeda Group in Vietnam.

As revealed by a survey consultant in HCM City, Maeda spent years studying the real estate market of Vietnam before officially investing in the luxury apartment segment.

In the past nine months, big names such as Lotte and Mapletre announced they would pour capital into big real estate projects in the Eastern part of HCM City.

Most recently, a foreign billionaire paid $15 million to purchase a beach villa in Da Nang.

General Director of CBRE Vietnam Marc Townsend said the interest of foreign investors in the real estate market in HCM City, Hanoi and coastal provinces is huge. They are hunting for opportunities to develop housing projects that are well connected with the city center or assets already inoperation which can bring about a stable cash flow.

According to CBRE, in the January-September period, Vietnam attracted $16.4 billion of FDI, with 6% of the volume inreal estate.

According to Jones Lang LaSalle (JLL) Vietnam, project information transparency has notably improved in the residential market. In recent years, numerous policies and regulations in terms of transparency have been implemented.

More recently, a list of mortgaged projects at local commercial banks has also been published, in response to the local authorities’ request for more clarity on project status across the second city. These steps are collectively being seen as positive actions to promote transparency in the market.

Trang Le, manager of research and consulting at JLL Vietnam, said, “With the development of advanced technology and an influx of capital in the Vietnamese real estate market, transparency will need further enhancement in the future.”

She noted that sophisticated technology will provide a better tool for improving market transparency, and the strong influx of capital will push demand for transparency to a higher level than previously seen.