Foreign investment will accelerate highway plan
The government is aiming to complete the construction of the giant North-South highway project by 2020 with major funding from private investors.
Go Back 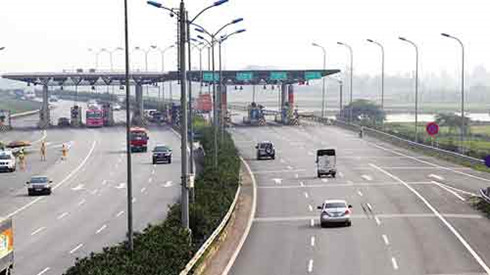 Deputy Prime Minister Trinh Dinh Dung has required the Ministry of Transport (MoT) to complete a detailed overall plan for the 1,811 kilometre project within two weeks from July 7.

Dung said at last week’s meeting on the highway construction plan that besides getting capital from the state budget, the project, running from Hanoi to the southern city of Can Tho, was expected to lure both local private and foreign investment under the model of public-private partnership.

Funding from private and foreign sectors should be higher than that from the state budget.

The construction of the whole highway is expected to require an investment of VND235.9 trillion (US$10.7 billion), of which 49.3% is expected to come from private and foreign investors, and the rest from the state.

To fund the project, the state has planned to mobilise some VND75.3 trillion (US$3.4 billion) from government bonds and VND44.1 trillion (more than US$2 billion) from other sources.

The construction must not be delayed, and should be finished in the next four years, Dung noted.

The deputy prime minister required the MoT to work with the Ministry of Finance, proposing reasonable policies, including those on road use fees, and time for investors to collect the fees, ensuring the projects’ attractiveness to investors, especially foreign ones.

Up to now, some short parts of the highway, with a combined length of 171km, including the sections connecting Phap Van and Cau Gie, Cau Gie and Ninh Binh, and Ho Chi Minh City and Trung Luong, have opened to traffic.

Some other parts with a combined length of 302km, including the sections connecting La Son and Tuy Loan, Danang and Quang Ngai, Ben Luc and Long Thanh, Trung Luong and My Thuan, are under construction.

The whole North-South highway could open to traffic, but only when the construction of 1,315km of the road was completed, said Nguyen Hoang, head of the Planning and Investment Department under the MoT.

Vietnam is slated to build nearly 2,000 kilometres of highway over the next five years. The country will need a total of around VND1 quadrillion (US$45.4 billion) for transport projects in the period.

The government will be able to raise less than 29% of that cost estimate, according to the MoT.

The ministry said that in the 2011-2015 period, it had attracted VND186.66 trillion (US$8.5 billion) from non-state sources for transport projects.

The combined investment for all projects over the last five years totalled more than VND370 trillion (US$16.8 billion).