Foreign investors expand networks in Vietnam
Many foreign firms have continued enlarging their business and production operations in Vietnam as they forecast a rosy outlook in the market.
Go Back 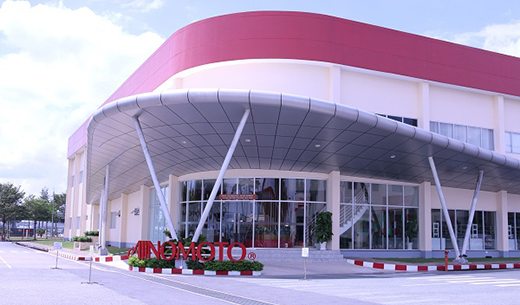 South Korea’s ActRo Vina Ltd. Co, which specializes in manufacturing and processing camera accessories for mobile phones and other electronic devices, has recently started to build its second production facility in Vietnam after setting up the first in the country’s northern province of Vinh Phuc in 2015.

The company’s new plant, which is located at the Phu Ha Industrial Zone in the northern province of Phu Tho, covers an area of two hectares with total investment capital of US$10 million.

The plant is under construction and is expected to put into operation in March next year. Its products will be exported besides supplying for electronic giants such as Samsung and LG.

Japan’s Ajinomoto Vietnam, which has been in the country for 27 years with two manufacturing plants at the southern province of Dong Nai, has so far also planned to expand its business activities in the country’s southern region.

Keiji Kaneko, general director and president of Ajinomoto Vietnam, said the company will build a new plant to make food products on an 8-hectare area in Dong Nai Province’s Long Thanh Industrial Zone, besides considering a plan to increase investment in biological fertilizers.

Besides setting up new production bases in Vietnam, many foreign investors have also increased investments in their existing plants. Singapore-headquartered OPV Pharmaceutical Joint-Stock Co, for example, has announced further investment of US$47.7 million for its plant in Bien Hoa Industrial Park No 2 in Dong Nai Province, bringing the company’s total investments at the plant to US$70 million.

Le Hoai Quoc, head of the management board of the Sai Gon Hi-Tech Park, said that more multinationals are seeking investment in Vietnam.

A number of large FDI projects will be licensed for projects at the park in the near future, Quoc said. Among them, the Research and Development Centre project of Nidec, which has invested in five plants at the park with total investment of about US$500 million, is awaiting licensing approval from Ho Chi Minh City authorities.

According to the Foreign Investment Agency under the Ministry of Planning and Investment, though pledged FDI capital in the first ten months of the year inched down 1.2 percent year-on-year to US$27.9 billion, Vietnam still saw disbursed foreign capital positive, rising by 6.3 percent to US$15.1 billion, and foreign inflow through contribution or acquisition in Vietnamese firms surged strongly by 35 percent to US$6.3 billion.

Nguyen Mai, chairman of the Foreign Invested Enterprises Association, said that it is more important to consider the inflow of disbursed capital than registered capital as the first is really poured into the country while the latter is still on the paper.

Mai forecast that the disbursed FDI inflow to Vietnam will continue to rise by 10 percent yearly in the next few years thanks to the country’s participation in new-generation free trade agreements, such as the EU-Vietnam Free Trade Agreement and Comprehensive (CPTPP).

Especially, Mai said the government should promote to lure foreign investment into Vietnamese firms through merger and acquisition (M&A) as the trend, which has proved the attraction of local firms and the country’s investment climate to foreign investors, is forecast to develop strongly in the time to come.