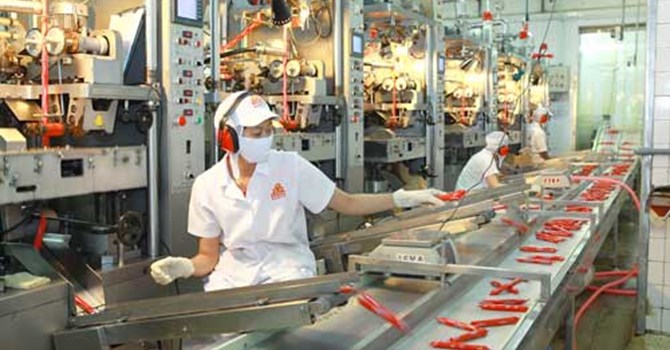 Vissan on March 7 put 11.328 million shares, or 14 percent of its charter capital, into auction with the starting price of VND17,000 per share. As many as 142 investors registered to attend the auction.

CJ, the investor from South Korea, was the buyer who paid the highest price for Vissan’s stake. It spent VND300 billion to acquire 3.3 million shares.

According to Vissan’s general director Van Duc Muoi, CJ is one of three potential strategic investors of Vissan, while the other two are Proconco and Anco, a subsidiary of Masan Group, the Vietnamese/owned consumer goods manufacturer.

It is still unclear who would become Vissan’s strategic investor as Vissan would only organize an auction for three candidates on March 24.

However, analysts commented CJ has shown its strong determination to increase investments in Vietnam, while Vissan is one of its new ‘aiming points’.

The group on March 10 announced it would spend $500 million more on merger and acquisition (M&A) deals and projects in food, biotechnology, retail and entertainment sectors.

Vissan is very attractive to investors. It is one of the leading companies in the food sector with a large distribution network of 130,000 sale points at traditional markets and 1,000 sale points at supermarkets, convenience stores and showrooms.

The company launches 30,000 tons of fresh food and 20,000 tons of processed every day into the market which brings the annual revenue of VND4.5 trillion and profit of VND150 billion.

The Ministry of Industry and Trade (MOIT) predicted that the food consumption of Vietnamese would increase by 5.1 percent this year with sales expected to reach $29.5 billion. The average consumption level is VND5.8 million per head per annum, or $316.

The concerns about unsafe food and a busy life have prompted people to buy food products bearing prestigious brand like Vissan rather than products with unclear origin on the traditional market.

Ba Huan Company is also a name that many investors are eyeing. The company has reportedly invested VND60 billion in a food processing workshop in Long An province which makes processed poultry meat and fast food products made of chicken.

Prior to that, it spent VND330 billion on farming and animal-feed production projects.