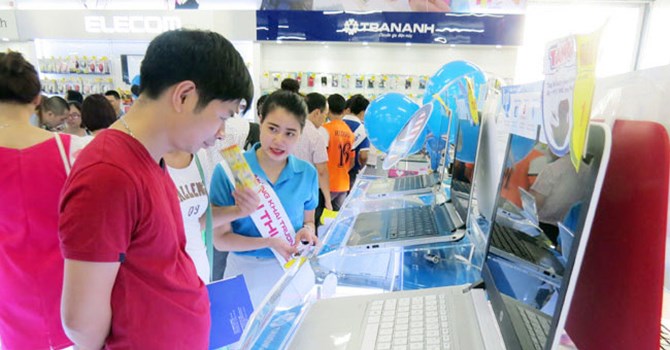 Dang Chuong Linh from the Trade Institute commented that M&A activities have been developing rapidly in both the number and scale.

According to A.T Kearney, Vietnam ranks 28th among the world’s most attractive retail markets. This could be the answer to the question why there are so many M&A deals in this field.

In 2015, VHC Trading, which possesses Home Center (HC), once stated that it would join hands with others if it can find suitable partners. Media Mart has also implied that it was negotiating with candidates in a plan to cooperate with foreign partners.

As for FPT Shop, FPT, the holding company, has called for the investments from powerful investors with good financial capability and experience in traditional and online retail.

An analyst commented that both Vietnamese and foreign businesses now look forward for M&A deals. As for the former, selling stakes to foreigners is the way to seek financial sources to expand their networks. Meanwhile, foreign investors believe buying Vietnamese enterprises’ stakes is the quickest way to attack the Vietnamese market.

Regarding capability, the analyst noted that in most cases, foreign businesses are very powerful in capital, experience, staff and management technology. Meanwhile, the only advantage of Vietnamese enterprises is knowledge about the home market and Vietnamese consumers.

Lacking capital is the biggest problem for Vietnamese distribution chains. They only have 20 percent of capital needed, while they borrow the remaining capital from banks.

According to GfK, the revenue of the home appliance market has doubled in the last six years.

Dien May Xanh is a distribution chain with the fastest expansion. It plans to have 200 supermarkets by the end of the year.