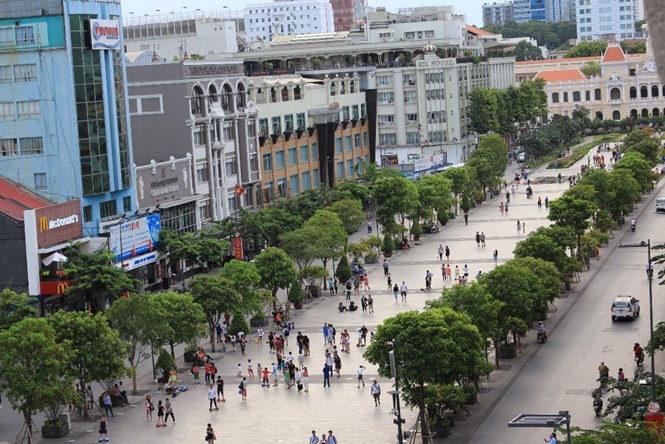 Vice chairman Tran Vinh Tuyen said at a press conference Tuesday that a Singaporean company has offered to provide free Wi-Fi for the whole city for both tourists and locals.

“The project will be a great communication promotion that helps improve the city’s tourism,” Tuyen said at the meeting held on Tuesday to make tourism plans.

“There will be two Wi-Fi speeds, a normal one and a faster one in the city’s hotspots.”

There is already free Wi-Fi on Nguyen Hue walking street and almost every major hospital.

Public Wi-Fi is available almost everywhere in Vietnam, which ranks seventh in Asia and 18th worldwide in terms of Internet usage, according to the 2014 White Book on Vietnamese Information and Communication Technology.

The number of Internet users in Vietnam reached 33 million in 2013. The country’s population is 89.7 million.

The country also ranked eighth in terms of lowest telecom and Internet charges, according to the White Book released last October by the Ministry of Information and Communications.

Some 37 percent of the country’s population are online, and there are 22.3 million broadband subscribers and 17.2 million 3G subscribers, it said.