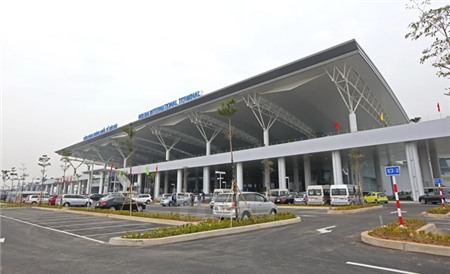 Aeroport de Paris also promised to be always at the side of ACV until the corporation’s equitization process succeeds.

Frederic Dupeyron, CEO of Aeroport de Paris, said the group spent a lot of time in the last months working with its consultants on preparations to become a strategic partner of ACV when the corporation’s equitization plan receives approval.

The French group said it is ready to work with the Ministry of Transport of Vietnam to become ACV’s strategic partner under the equitization process approved by the government of Vietnam. It said it needed information about the enterprise.

The CEO said Aeroport de Paris understands that once ACV can find good strategic partners, it will have bigger opportunities to succeed with the initial public offering (IPO). Good strategic partners will also play a very important role in the process of mobilizing capital for the development of the Long Thanh International Airport project which has got the nod from the National Assembly.

Being a global conglomerate in the aviation industry, Aeroport de Paris now runs 37 airports all over the world through Airports de Paris (ADPM), a subsidiary.

Aeroport de Paris had the first meetings with the Ministry of Transport in early 2014.

Besides the financial capability and the 70-year experience in running international airports, the partner from France also has another big advantage – its history of formation and development has some similarities with ACV.

Only in June 2006 did Aeroport de Paris finish its IPO with 32 percent of shares sold, 30 percent of which were sold to private investors and 2 percent to its staff. The French government sold 19 percent of its charter capital but it still holds the controlling stake in the group with 51 percent of charter capital.

Aeroport de Paris is not the only foreign partner showing great interest in ACV. Sources said investors from Japan and South Korea have also expressed their willingness to become ACV’s partners.

Established in February 2012 from the merger of three airport corporations in the northern, central and southern regions, ACV has one of the largest capital bases in the transport infrastructure sector.