French retailer Auchan lands in Hanoi
France’s leading retail group Auchan will sign a strategic cooperation contract with the Military Petrochemical JSC (Mipec) on November 3 to get its supermarket chain underway in Hanoi. A contract to lease space at the Mipec Long Bien Commercial Center will also be signed.
Go Back 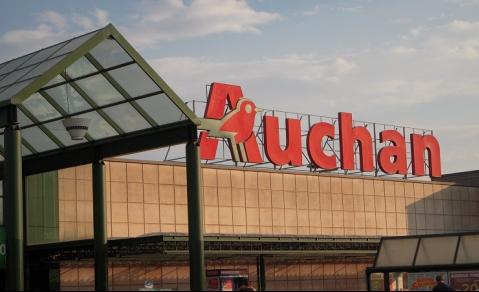 The strategic deal sees Auchan officially arrive in Vietnam’s capital under its plan to launch the Simply Mart supermarket chain in the northern region. The supermarket at Mipec Long Bien will cover an area of 3,700 sq m.

According to Mr. Gilbert Infantes from the company’s Executive Board it will continue to expand to 20 Simply Mart supermarkets in Hanoi by 2020.

This first Simply Mart will officially open its doors in 2016, just as the Mipec Riverside residential project conducts its handover to purchasers. The supermarket will stock 1,000-4,500 household products on its shelves.

The signing of the cooperation contract with Mipec is the next step in Auchan’s plans to invest $500 million in Vietnam, which was first announced more than two years ago. In the southern region, Auchan has partnered with the C.T Group to develop S-Mart supermarkets and also plans to take Simply Mart to the south next year. Auchan joins the retail competition with names such as Lotte, Aeon, BigC, and Metro.