Garment export contracts fall to rivals
The decrease in orders from foreign partners has dealt a strong blow not only to small textile & garment companies but also to big players in the market.
Go Back 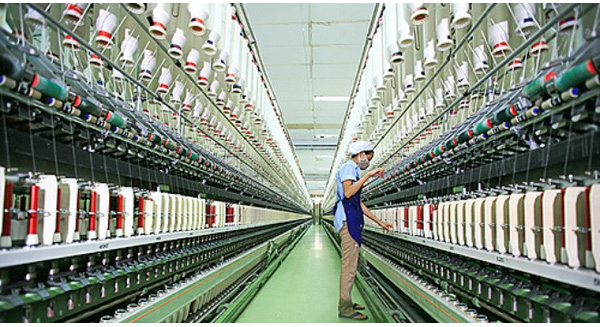 Thanh Cong Garment has had strong demand from South Korea and the US, its key markets, but it saw contracts decrease considerably in the first six months of the year.

Thanh Cong is one of a few Vietnamese garment companies which list shares on the stock market.

It is the only listed garment company which owns a yarn – fabric – garment production line. The annual revenue from fabric accounts for 10 percent of net revenue, while yarn brings 30-40 percent and garment 50 percent of revenue.

Regarding consumption, Thanh Cong has stable consumption outlets as its large shareholder – Eland Asia Holding Pte Ltd – is usually responsible for 60 percent of the company’s output.

However, even with great advantages and support, Thanh Cong, like other enterprises in the industry, is still meeting difficulties.

Its revenue in the first six months of the year increased compared with the same period last year, but its post-tax profit dropped sharply by 42 percent from VND86 billion to VND50 billion.

The company’s business efficiency also fell, with gross margin down. This was the first time the indexes went off the upward trend.

An analyst commented that Vietnam’s advantage of cheap labor costs, an important factor attracting foreign partners, no longer works because other countries even offer cheaper costs.

He doubts if Vietnam still has opportunities to become the ‘garment production base’ of the world.

Thanh Cong’s decline in business performance is attributed to a decline in exports. In the first half of the year, Thanh Cong’s export turnover fell by 12 percent in comparison with the same period last year.

In yarn production, Thanh Cong took a loss with the gross margin of minus 5 percent. The selling price has stayed unchanged for a long time, while input material prices have been increasing sharply since the first quarter of the year.

In garments, Thanh Cong’s key factory in Vinh Long province, continued taking a loss of $250,000-300,000 a month because revenue from the US, its major market, was modest, which could not cover the expenses.

Vietnamese companies are losing orders to the hands of Laos, Myanmar and Bangladeshi companies which can make products at lower prices thanks to preferential tariffs offered by some large markets. Vietnam may have the same preferences obtain by 2018 if the TPP is ratified.