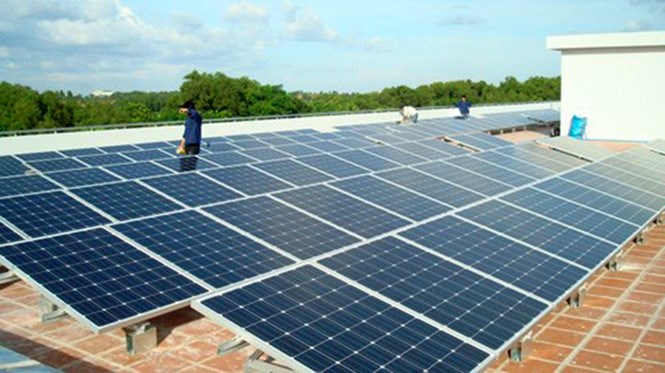 The Delegate of German Industry and Commerce in Vietnam, which organized the trip, said the representatives participated in a conference in Ho Chi Minh City to discuss and learn about investment opportunities.

They also presented their products and services to some 150 Vietnamese companies and participants, and attended bilateral meetings.

The group visited DBW Garment Factory, one of the latest commercial photovoltaic (PV) rooftop projects and an example of German solar PV technology in Vietnam.

“Project developers, sales and operation managers, suppliers, engineers and planning consultants will be required in the very close future to invigorate the growth of the Vietnamese solar photovoltaic market.”

According to the Delegate of German Industry and Commerce, the potential for solar energy development in Vietnam is huge.

Solar resources are abundant with a daily average solar irradiation of 4-5 kWh per square meter in most of southern and central Vietnam. This makes the country comparable to developed solar markets in the region – including China, Thailand or the Philippines – as well as to mature international solar markets, such as Spain and Italy, the delegate said in a release.