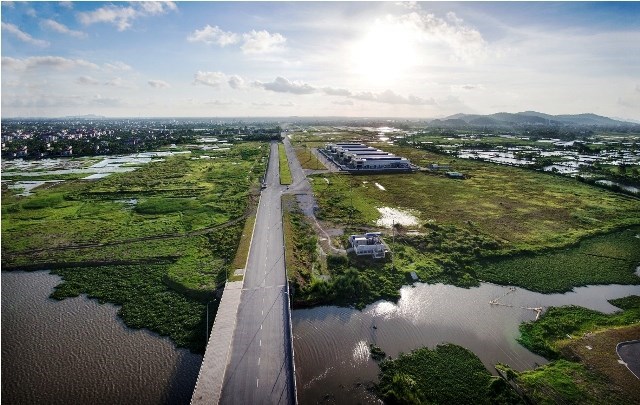 The most outstanding projects came from hi-tech product manufacturers of the Republic of Korea (RoK), such as LG which poured 1.5 billion USD into an OLED display factory in Hai Phong city.

The RoK’s investments in industrial parks totalled 4 billion USD in the first half, accounting for 35 percent of the registered FDI there.

Japan and Singapore ranked second and third when they invested 1.2 billion USD and 1.1 billion USD into projects in industrial parks, representing 11 percent and 10 percent of the capital inflow there respectively.

Another 16 industrial parks are being planned, expected to supply 18,600ha of land for rent in the near future, according to the property company.

Binh Duong and Dong Nai provinces, which own large sources of land and are in the proximity to international ports of Ho Chi Minh City, are now industrial hubs in the south of Vietnam. Each of them attracted approximately 1 billion USD in investment into processing and manufacturing in the year’s first half.

Nearby Long An province has also made big strides recently with 16 industrial parks already operational, providing some 3,000ha of land for rent.

With international seaports, Hai Phong city has taken the lead in developing industrial parks in the north. Nomura and Nam Cau Kien are outstanding industrial parks there as about 90 – 100 percent of their area was leased. Trang Due Industrial Park, boasting developed infrastructure, has proved to be a magnet for investments such as the 1.5-billion-USD project of LG or a 425-million-USD project of SL Electronics, Savills Vietnam noted.