Gold in silver screen: Foreign investors set eyes on Vietnam's film market
For the first time in its five-year history, Moviemov -- a traveling film festival sponsored by the Italian Ministry of Heritage and Culture to promote the country's movies in Asia -- made its debut in Vietnam last month.
Go Back 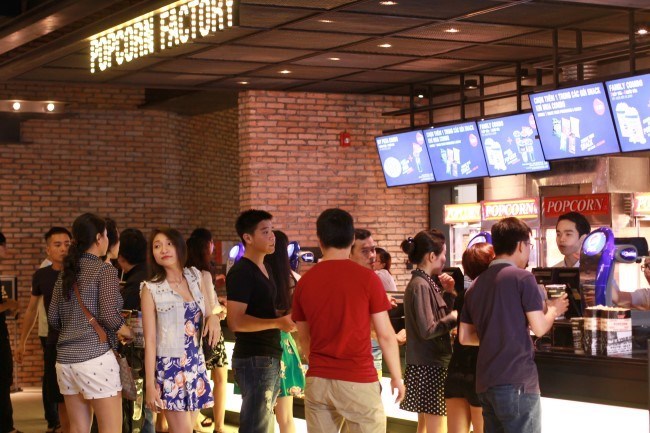 For the first time in its five-year history, Moviemov — a traveling film festival sponsored by the Italian Ministry of Heritage and Culture to promote the country’s movies in Asia — made its debut in Vietnam last month.

Speaking to the press, the festival’s artistic director Goffredo Bettini said Italian filmmakers were eying the Southeast Asia’s film market with a focus on Vietnam.

He said they saw the potentials of the fast-growing Vietnamese market, hoping to boosting their collaborations with local film producers and distributors.

Italians are not the only one who recognized profitability in the Vietnamese film industry. The country’s box office jumped from US$13.3 million in 2009 to nearly $80 million last year, according to the Motion Picture Association of America.

Ticket sales were expected to hit $100 million this year.

In recent years, media giants from South Korea have rushed to accumulate bigger shares in the pie, trying to capitalize on the strong interest in Korean pop culture.

Dong Won-kwak, CEO of CJ CGV, said Vietnam has a lot of room to grow, considering that its moviegoing rate is only 0.2 times a person a year, while in countries with big film industries each person goes to movie four times a year.

He was once quoted in an interview with local media that Vietnamese market contributed to 30 percent of CJ CGV’s annual sales, adding that Vietnam was one of its markets with good growth, besides US, China and Indonesia.

Statistics showed that Vietnam imports 150-170 films a year, about 70 percent of which from Hollywood, and its record box office has kept being raised recently.

However, in April, the seventh installment of the action series “Fast & Furious” broke the record with VND100 billion ($4.5 million) only after 12 days.

“Jurassic World,” which was premiered about two months later, reached the same sales figure within one month.

Lotte Cinema, another Korean investor, has opened 16 cineplexes since it debuted here in 2008, and planned to have 60 cineplexes in five years.

Indonesian-owned Platinum Cineplex entered Vietnam in 2011 and has since opened five cineplexes, mostly in Hanoi. The operator said it planned to open another five in three years.

The government currently owns about 106 cinemas around the country, but most of them have almost been out of business for years.

Most of local moviegoers do not bother to go to old-looking, smelly buildings to watch Vietnamese war movies or low-budget foreign movies.

In 2013, their questionable effectiveness caused the public and many critics to oppose to a government project to upgrade the cinemas along theaters and galleries with a total of VND10.8 trillion ($486.62 million) by 2020.