Gov't decides some sectors off limits for State enterprises
The Government's decision to prohibit State-owned enterprises (SOEs) from investing in certain areas has been hailed by economists.
Go Back 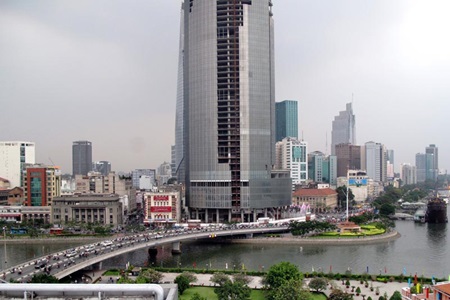 A recent decree bans, with effect from December 1, SOEs from investing in property, banking and finance, insurance, and stocks unless they are in those industries or are expressly permitted by the Government.

A recent decree bans, with effect from December 1, SOEs from investing in property, banking and finance, insurance, and stocks unless they are in those industries or are expressly permitted by the Government.

However, the decree gives SOEs the discretion to invest in non-core areas and abroad.

In the past State-owned groups and corporations used to scramble to sink their money in property and stocks in the quest for a quick buck. They ended up investing a cumulative VND23.74 trillion (US$1.67 billion), including VND11.4 trillion ($513.51 million) in banking, VND9.28 trillion ($408.02 million) in the properties, VND696 billion ($31.4 million) in securities, and VND677 billion ($30.5 million) in investment funds.

But with the cyclical property and stock markets going through a depression, many ended up losing heavily, which also affected their main business.

The Government was forced to step in and order SOEs to pull out all non-core investments by 2015. Though process began four years ago, but has yet to be completed.

Dang Quyet Tien, deputy director of the Ministry of Finance’s Corporate Financial Department, said PetroVietNam (PVN) has sold its stakes in GPBank and OceanBank and is in the process of doing so in Pvcombank. It is also making preparations to merge its PGBank with Vietinbank, he said.

Electricity of Viet Nam (EVN) is wrapping up procedures to pull out of ABBank, and the Viet Nam National Textile and Garment Group has merged its finance company with Maritime Bank, he said.

“As of August the total value of SOE divestment from non-core areas was worth VND13.7 trillion ($616.5 million).”

But he admitted to Nguoi Lao Dong (the Labourer) newspaper that another VND18 trillion ($810.81 million) remains invested, VND11 trillion in banks and VND6 trillion in property.

To make the pullout from non-core sectors easier, he said the Ministry of Finance should remove the hurdles that stymie the development of the capital market.

Nguyen Tri Hieu, a senior economist, said the SOE’s withdrawal from non-core areas should follow a road map since the capital market is not developed and any dumping of shares by the companies would affect it.