Hậu Giang eyes Japan investment
HCM CITY — The Cửu Long (Mekong) Delta province of Hậu Giang hopes to attract Japanese investments in all sectors, a provincial leader told a meeting with the Japan External Trade Organisation in the province on Thursday.
Go Back 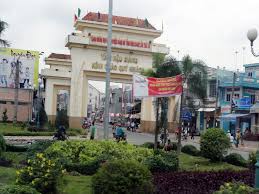 Hậu Giang has attracted two Japanese projects with a combined investment of more than US$1.36 million, according to the local Department of Planning and Investment.

It also has six official development assistance projects from Japan worth VNĐ219.5 billion ($9.84 million) and  three projects by Japanese NGOs.

The latter include one to research aquaculture in the Xà No River in Vị Thanh city in 2009 and another to build 10 houses at a cost of VNĐ350 million ($15,694) for poor people in Châu Thành District in 2010, sponsored by the Japan Tobacco International company.

Shinnyo-en, a charity organisation, built a bridge to access Tân Phú elementary in 2013 and provided scholarships to 38 of the school’s students the next year.

Hậu Giang is currently looking for investments of $330 million in 33 projects, especially in agricultural and food products, agricultural technologies and trade and tourism development, according to its People’s Committee.

The province is offering incentives to investors such as income tax waiver for the first four years and a 50 per cent waiver in for the next nine.

They will also enjoy subsidised land and water and lower import and export taxes.

Since 2004 more than 3,700 companies have registered to set up businesses in the province with a combined investment of VNĐ43 trillion ($1.93 billion), mostly in trade, services and construction.

There are also 15 foreign businesses with total investment of nearly $650 million, and 12 joint venture businesses worth more than $165 million.
(Source: VietnamEconomy)