HCM City: office market continues stable growth
The office market in Ho Chi Minh City continued stable growth in the first half of this year, with some increases in rental prices and areas, according to major property consultant firms.
Go Back 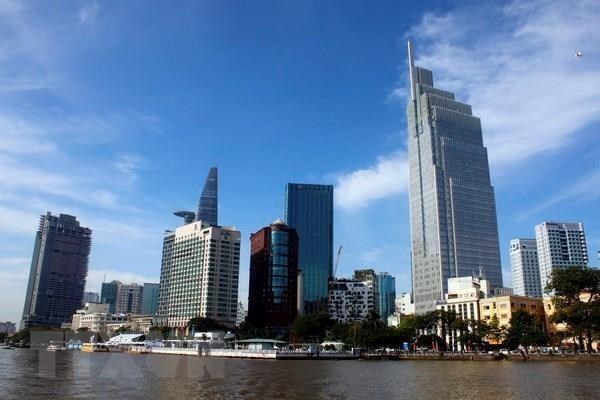 Duong Thuy Dung, Senior Director and head of the Professional Services of property consultancy CBRE Vietnam, said the vacancy rate of both Grade A and B was lower than 4 percent due to limited supply in the period.

As of the second quarter, the vacancy rate of Grade A stood at 2.6 percent, down 2 percentage points from the same period last year.

Troy Griffiths, Deputy General Director of Savills Vietnam, said the office market in the southern metropolis has grown stably over the past five years with increasing rental prices and areas, even when supply was expanding.

Of note, the rental price of Grade A offices continued to lead, up 2 percent in the first quarter and 13 percent from the beginning of 2018, he said.

Rental prices of the two grades rose due to the limited supply. The average price of Grade A in the second quarter was 46.7 USD/m2/month, up 0.9 percent against the previous quarter and 2.9 percent over the same period last year. Meanwhile, the monthly price of Grade B was 23.5 USD/m2, an increase of 0.3 percent compared with the previous quarter and 4.7 percent year-on-year.

Dung said the trade war between the US and China prompted foreign firms to move their offices from China to Vietnam, resulting in a 29 percent hike in demand for offices during the second quarter, up 21 percentage point year-on-year.

Nearly 40 percent of demand came from production and logistics firms and half of the companies have offices in China.

The flexible space market rose sharply in HCM City in the first six months of this year. Between April and June, the market had an additional 4,000 sq.m from Up Deutsches, The Hive-Huynh Khuong Ninh and Leo Palace in District 1, and Compass Office-Landmark 81 and Kafnu-Saigon Pearl in Binh Thanh district.

According to Savills Vietnam, over the past two years, the co-working space model has developed strongly in the city, with annual growth exceeding 90 percent. The space covers 37,000 sq.m, mainly in the centre of the city.

WeWork, Up, Dreamplex, Regus, Compass and Kloud have made their names in the market.

Property consultant firms said in the second half of 2019 until 2021, the office market will welcome an additional 14 offices covering more than 300,000 sq.m, with half of them Grade A.

The market is forecast to experience increasing vacancy rates in both Grade A and B during the next three years when a new wave of supplies comes. Rental prices in Grade A will increase slightly in 2019 and 2020 with growth rate reaching 3 percent and 0.6 percent, respectively.

Statistics show that more than 10,700 products were put up for sale, only 39.1 percent of the amount offered in the first half. Meanwhile, 8,560 units were transacted, or 46.8 percent of the same time last year.

The country’s largest property market also had a high absorption rate of 79.9 percent.

According to Nguyen Van Dinh, Chairman of the Vietnam Real Estate Brokerage Association, HCM City’s property market is set for a promising July-December as local policies are expected to boost both supply and transactions. Houses will sell well, however, at high prices.