Heineken buys a brewery from Carlsberg in Southeast Asia's thirstiest beer market
Heineken NV’s expansion of its production in Vietnam by taking over a brewery from rival Carlsberg A/S highlights growing interest by global beer brands to quench the thirst of about 70 million locals in one of the world’s fastest-growing economies.
Go Back 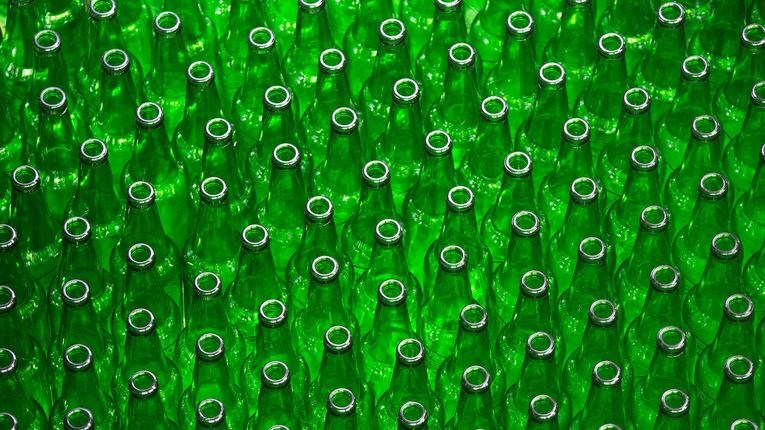 With a thriving street-side cafe and bar culture, young population and rising middle class, Vietnam is luring brewers such as Heineken, Thai Beverage PCL and Asahi Group Holdings Ltd. to expand in the country. Interest is also being piqued by the government’s plans to offload lucrative assets, with Carlsberg in line to more than double its stake in state-run Hanoi Beer Alcohol Beverage Corp. or Habeco.

“The Vietnamese beer market is of great interest to other international players, such as those from Japan and Thailand,” said Dominic Scriven, chairman of Dragon Capital which manages about $1.5 billion of investments. “This in general is reflective of greater strategic interest across many sectors from foreign investors.”

Beer consumption in the Southeast Asian country jumped about 40 percent in 2015 from 2010, according to the Vietnam Beer Alcohol Beverage Association. Vietnamese guzzlers are expected to consume more than 4.04 billion liters of beer this year, the most in the region and up from 3.88 billion liters in 2015, according to Euromonitor International.

Economists predict Vietnam will be among the world’s fastest-growing economies in 2016 as it benefits from a manufacturing industry that’s grown in importance over the years. Its citizens of legal drinking age, 18 and above, is expected to increase to 72.4 million by 2021 from 68.7 million this year, according to Euromonitor.

“The growth of the beer market in Vietnam over the past few years is nothing short of amazing, and it shows no sign of slowing down,” said Andy Ho, who oversees $1.5 billion as the managing director of VinaCapital in Ho Chi Minh City.

Heineken in July acquired Carlsberg Vietnam Brewery-Vung Tau in the south Vietnam port city. Carlsberg Chief Executive Officer Cees’t Hart said the sale of the facility would allow the Danish brewer to concentrate on its existing territory in the northern part of the country, according to a Bloomberg transcript of an Aug. 17 earnings call.

Amsterdam-based Heineken, which is the second-biggest brewer in Vietnam, has seen its shares rise 0.5 percent year to date, while Carlsberg, headquartered in Copenhagen, rose 2 percent. The Vietnam Stock Index rose 17 percent over the period.

“We have a footprint, which we would like to improve,” Hart said, referring to Habeco, based in the capital Hanoi in north of Vietnam, in which Carlsberg is awaiting the government’s go-ahead for it to raise its 17 percent stake to 30 percent. “With regards to Vietnam, indeed, we focus on the territory where we are.”

Another attraction of Vietnam’s beer market is that it’s less dominated by local brewers compared with Asian countries such as Japan and Thailand, where home-grown brands take up about 90 percent of volume, said Euromonitor analyst Andrea Lianto. By contrast, Vietnamese brewers accounted for 63 percent total volume shares in 2015, giving foreign companies room to grow, she said.

Still, there’s risk for foreign investors as Vietnam is being hit by the worst drought in 30 years and falling oil revenue, making the country’s 2016 target for growth of 6.7 percent “hard to reach,” Vu Hong Thanh, head of the National Assembly Economic Committee, said last month. The economy is expected to expand at 6.3 percent this year, according to the median estimate of economists surveyed by Bloomberg.

Vietnam’s government is also considering selling as much as 100 percent of its stake in state-owned Saigon Beer Alcohol Beverage Corp., known as Sabeco, a long-awaited divestment that has attracted interest from Japanese and European brewers in the past.

Sabeco, brewer of Saigon Beer and 333 Beer, is the country’s largest brewer by sales with 40 percent of the market last year, followed by Heineken and Habeco with 20 percent shares each, according to Nguyen Van Viet, chairman of the Vietnam beer association. Carlsberg is in third place with 10 percent, he said.

“Urbanization there is still increasing pretty fast. The level of premium is not where it is in other countries even in Asia,” Heineken Chief Financial Officer Laurence Debroux said in an Aug. 1 earnings call. The Dutch brewer’s performance in Vietnam has been “stunning,” she told Bloomberg Television.