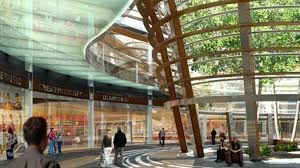 Previously, Toshin submitted a proposal for the underground trade center to the city’s administration, hoping that it could cooperate with local authorities in a public-private partnership.

According to the proposal, the city will invest in a belowground walkway using official development assistance (ODA) loans from Japan and recoup the investment through taxes from the trade center.

The Japanese joint-venture, which will be granted an investment certificate and a certificate of underground land use rights, will invest in the construction of the trade center and recoup the cost through its profit.

The subterranean trade center is located at the B1 basement of Ben Thanh Central Station, the central hub of the Ben Thanh-Suoi Tien metro system, with an area of around 45,000 square meters and a total investment capital of VND6.865 trillion (US$308 million).

The shopping area will cover 500m from 23/9 Park to the Municipal Theater at a depth of three meters under Le Loi Street.

It will be the largest underground trade center upon completion in 2023, Bui Xuan Cuong, head of the management board that oversees urban railways in Ho Chi Minh City, told Tuoi Tre (Youth) newspaper in April 2015.

Stores will face each other in the shopping area, creating a belowground walking street, Cuong said.

The underground walking street is connected to the Nguyen Hue pedestrian street, while there will also be entrances that connect the underground structure with Ben Thanh Market, stores and office buildings aboveground in the downtown area, the official added.

This will enable passengers to go shopping underground and reach the Municipal Theater or the Nguyen Hue pedestrian street easily.

The trade center will be constructed along the under-construction Ben Thanh-Suoi Tien metro system, which has a total length of 19.7km, with 2.6km underground, connecting Ben Thanh Market in District 1 and Suoi Tien Amusement Park in District 9.

The $2.49 billion Ben Thanh-Suoi Tien metro line broke ground in August 2012 and is expected to begin commission by 2020.

The first of its kind in Ho Chi Minh City, the megaproject will vastly improve transportation and develop a modern urban environment in the metropolis.