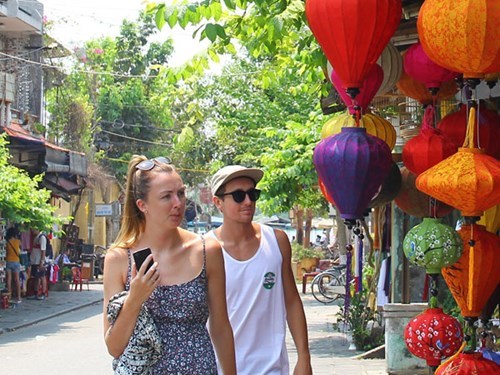 Hoi An has become a popular destination for foreign tourists in Vietnam. Photo: Hua Xuyen Huynh

Hoi An, a very popular tourist destination in central Vietnam, will allow free entry to all its attractions this Friday to mark its 16th year as a UNESCO heritage site.

The ancient town charges foreigners VND120,000, or nearly US$6, and locals VND80,000 for an entrance ticket that includes admission to a certain number of attractions. Places not included sell their own tickets.

Nguyen Thi Nhung, deputy director of the local culture and tourism center, told Tuoi Tre newspaper that all activities in town would go on as usual on Friday in addition to special events like a marathon at 8 a.m. at the Hoai River Square.

From Thursday Hoi An will make Nguyen Phuc Chu street pedestrians- and bicycles-only, the fourth such street after Tran Phu, Nguyen Thai Hoc and Bach Dang.

Once a popular trade port in the region, Hoi An is now one of the most peaceful towns in the country, drawing tourists to its picturesque wooden houses, pagodas, street-side eateries and hundreds of tailor shops.

A travel forum run by US magazine USA Today described Hoi An as one of 10 most beautiful places in Southeast Asia, a place where one can find “tranquility and timelessness.”

“Best Day on Earth,” a new book from UK travel publisher Rough Guides, listed Hoi An’s full-moon festival among the world’s most extraordinary travel experiences for the hundreds of lanterns that glow along alleys and river banks around town and paper lanterns that float down the Thu Bon river.