HSBC: Vietnam to becomes tenth biggest exporter by 2050
Asia is poised to ignite a decade of global trade growth and be the starting point for a quadrupling of worldwide exports to an estimated $68.5 trillion by 2050, according to new forecasts in HSBC’s landmark Trade Winds report released on November 24.
Go Back 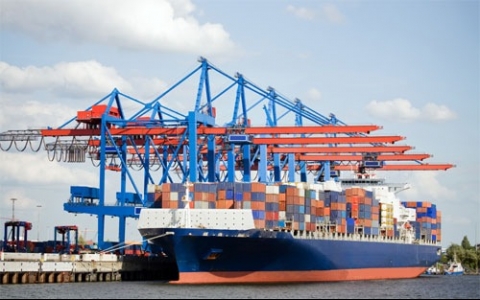 The map of world trade created by this third wave of globalization may look very different from today’s, as shifting demographics and economic catch up – with almost 3 billion people joining the middle class by 2050, most of whom will be in emerging markets – lead to significant shifts in trade patterns.

India also has the potential for strong growth and is projected to outpace China. The report expects growth in goods exports from India to average 6 per cent a year in the 2025-2050 period, compared with just under 5 per cent a year for China.

“Asia’s position at the leading edge of technological and supply chain innovation gives the region a unique opportunity to benefit from this next wave of globalization,” he said.

Led by a burst of intra-Asian trade that will lift the region’s share of global exports to 27 per cent by 2050 from 17 per cent at present, the surge will mark a third wave of globalization.

The report identifies four “trade winds” that will drive opportunity for the business leaders of today and tomorrow: the march of industrialization and a shift to mass customization, plummeting transport and logistics costs, further liberalization of trade policy, and the evolution of more nimble business operating models.

Nimble networks of micro-multinationals that create their own specialized value chains will be at the core of a drive for prosperity that promises to take nations out of poverty and improve quality of life across the world, according to the report, which was commissioned by HSBC Commercial Banking and compiled by Oxford Economics.