ILO: Freedom of association a feature of modern market economies
A labor relations system based on freedom of association and the recognition of the collective bargaining right is a common feature of modern market economies as it helps create a better balance of power between workers and employers, according to the ILO.
Go Back 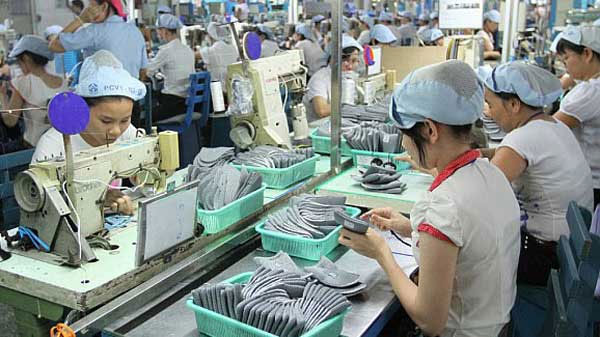 Chang-Hee Lee, director of the International Labor Organization (ILO) in Vietnam, said in a statement released last week that ILO will assist Vietnam to meet the labor commitments regulated in the Trans-Pacific Partnership (TPP) agreement since freedom of association of workers is a clause in TPP.

The country recently concluded negotiations on TPP and the Vietnam-EU free trade agreement. The deals refer to the ILO’s 1998 Declaration on Fundamental Principles and Rights at Work which commits the ILO member countries to respect and comply with eight core conventions covering the key areas including freedom of association, right of collective organization and bargaining, elimination of forced labor, child labor and workplace discrimination.

Lee said the commitment expressed by the Vietnamese Government regarding the ILO standards on freedom of association and the effective recognition of the right of collective bargaining showed that Vietnam is ready to fully comply with the universal principles upheld by ILO member states.

ILO is ready to provide full support to the Government and representative organizations of workers and employers in bringing Vietnam’s laws, institutions and practices to closer compliance with the relevant ILO standards, which will promote growth, equity and harmony in Vietnam.

Under the labor chapter of TPP and EU-Vietnam FTA, Vietnam is obliged to reform both its legal system and its institutions and practices to ensure the realization of the fundamental principles and rights at work to reap full benefits of the favorable conditions offered under the FTAs. It means that Vietnam’s industrial relations system will need to be developed in coming years to allow workers and employers to organize or join organizations of their own choosing.

The ILO director said an industrial relations system based on freedom of association and the recognition of the right of collective bargaining is a common feature of modern market economies. International experiences show that it contributes to more equitable growth and to industrial harmony, as it helps provide a better balance of power between workers and employers and give voice to workers in determining wages and working conditions through dialogue.

Prime Minister Nguyen Tan Dung said last Wednesday that under the TPP agreement, Vietnamese employees may join or jointly establish high-level organizations of their own choosing, which are independent on the Vietnam General Confederation of Labor (VGCL).

The Prime Minister said within TPP, worker organizations at the grassroots level could participate in or jointly form organizations at higher levels following a legal and transparent registration process. On the other hand, principles, purposes, establishment procedures and operation methods of high-level worker organizations must fully comply with domestic regulations and do not run counter to the rules of ILO.

However, after TPP is approved, Vietnam will have to amend legal documents to implement the labor contents in TPP. The implementation of the new contents will not affect and restrict the legal status and role of the VGCL.

Vietnam became a member of ILO in 1992 and has ratified 21 ILO conventions including five out of eight core ones.