Increase in oil exploitation won’t help GDP: economists
In the context of global oversupply and unstable oil prices, oil & gas exports must not be seen as the lifebuoy for the Vietnamese economy.
Go Back 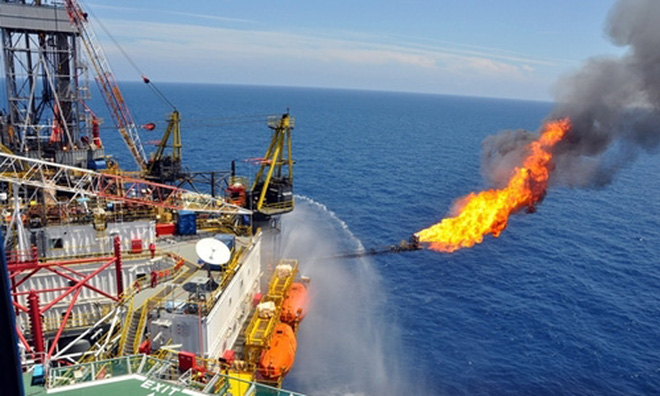 And in order to reach that end, some government agencies think Vietnam needs to exploit 2 million tons of oil more to sell.

Phan Minh Ngoc, an economist, commented on cafef.vn that the idea was unfeasible, not because it reminds people of an economy relying on natural resources exports, though natural resources are limited, but because the current oil price in the world market is very unstable.

International agencies all reported that the oil price has been very low and even lower than the exploitation cost.

This means that even if Vietnam still tries to exploit more oil, it still will not be able to create higher GDP. The economy will suffer because the exploiters will incur losses, as they will pay lower tax to the state budget.

A report shows that PetroVietnam’s crude oil output in the first six months of the year was 8.92 million tons, fulfilling 55.6 percent of the yearly plan.

However, the key subsidiaries of PetroVietnam, including Vietsovpetro, PVEP and Rusvietpetro, all could not reach the targets on revenue, profit and tax paid.

This was because of the sharp fall of the oil price which dropped to $26.5 per barrel, the lowest since 2003.

According to PetroVietnam, even if the average oil price in 2016 is $44 per barrel, its total turnover would still be modest at VND33.080 trillion, equal to 88 percent of the expected revenue.

Meanwhile, with such a low price mentioned above, the group would incur the loss of VND500 billion.

In other words, the more output oil & gas firms have, the bigger loss they would incur, though revenue would increase.

National Assembly Secretary General Nguyen Hanh Phuc also thinks that Vietnam should not exploit oil at a high level in exchange for growth.