Increasing numbers of industrial parks draw foreign investment
There are many new industrial parks (IP) among 299 measuring about 84,000 ha in Viet Nam, the Department of Economic Zones Management under the Ministry of Planning and Investment said.
Go Back 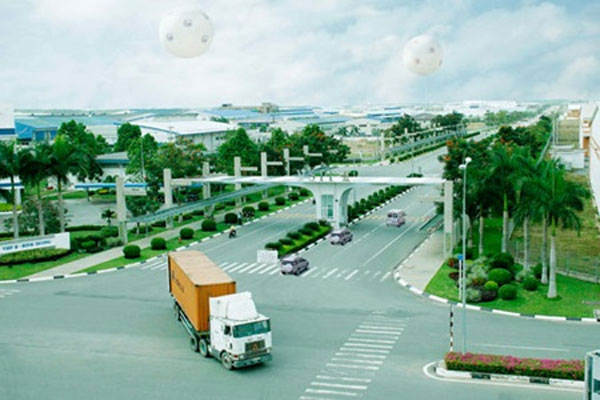 By the end of this month, IPs in Viet Nam witnessed the setting up of 5,946 FDI projects with total registered capital of $95.9 billion while their disbursement was $55 billion. — File Photo

In addition, three other IPs expanded their operations, including the one in Quang Tri, Nghe An and Nghi Son of Thanh Hoa, in the first nine months of the year.

By the end of this month, IPs in Viet Nam witnessed the setting up of 5,946 FDI projects with total registered capital of $95.9 billion while their disbursement was $55 billion.

These figures brought the total investment from local investors in the first nine months of the year to VND62.6 trillion ($2.78 billion), down 11 per cent from the same period last year and accounting for 70 per cent of the set target.

It said the newly registered projects during this the period were mainly in garment and textiles, electronics, manufacturing and processing sectors.

The project is a part of Phong Dien IP, one of the six industrial parks approved by the Prime Minister in the master plan for the economic-social development of Thua Thien Hue in 2015, outlook to 2020.

With a total investment capital of VND680 billion (US$ 30.3 million), the park is expected to lure investors from clean industries such as power, information technology, food and beverage, garments, mining and processing of sand.

The park has enormous advantages for transportation as it is 45 km from Phu Bai airport, 40 km from Thuan An port and 70 km from Chan May deep-water port which can serve vessels of up to 30,000 tonnes.

The park also connects to National Road 1A and the North-South railway.

Besides, this area also has a number of universities and specialised institutions, which can provide robust labour forces with low cost, according to Viglacera Corporation Deputy Director Tran Ngoc Anh.