Industry in good shape heading into 2018
The headline Nikkei Vietnam Manufacturing Purchasing Managers’ Index TM (PMI®), a composite single-figure indicator of manufacturing performance, rose to a three-month high of 52.5 in December, from 51.4 in November. The reading signaled a solid monthly improvement in the health of the sector at the end of 2017. Business conditions have now strengthened in each of the past 25 months.
Go Back 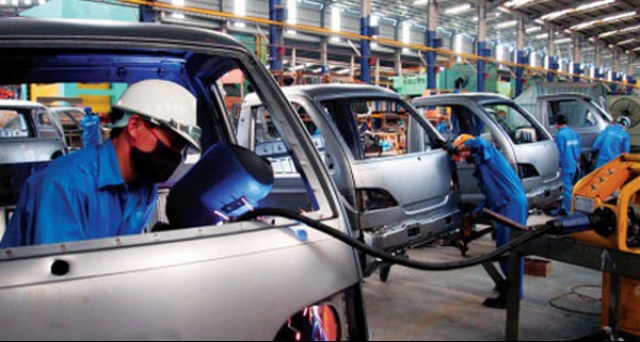 “Vietnam’s manufacturing sector recorded a welcome return to growth of output in December, supported by a solid and accelerated increase in new orders,” said Mr. Andrew Harker, Associate Director at IHS Markit, which compiles the survey.

“This is welcome news following a slowdown in recent months. Overall, 2017 has been a positive year for the sector, with the average PMI reading the highest since the survey began in 2011. Industry in Vietnam therefore looks to be in good shape heading into 2018.”

One factor leading to the improvement in operating conditions was a return to growth of production. The modest increase in output in December followed broadly unchanged production volumes in November. Those respondents that raised output linked this to stronger market demand and higher new orders.

Improved customer demand resulted in a solid rise in new orders, the fastest in three months. New business from abroad also increased at a solid and accelerated pace during December.

There remained evidence of spare capacity in the sector at the end of the year, linked to a recent period in which new order growth had eased. Backlogs of work decreased for the second month running, albeit modestly and at a slower pace than in November.

Rising output requirements contributed to a 21st consecutive monthly rise in employment at Vietnamese manufacturers. The rate of job creation was solid and the sharpest since September.

Efforts to expand output also fed through to higher input buying during the month. Moreover, the marked expansion in purchasing activity was the fastest since April. Stocks of purchases were broadly unchanged, following a fall in November.

Higher costs for raw materials such as oil and steel, as well as increases in prices from Chinese suppliers, resulted in a further sharp rise in input costs during December. The rate of inflation was little-changed from that seen in November. This was also the case with output prices, which increased modestly.

Finally, stocks of finished goods decreased. Panelists commonly reported that goods had been produced directly for sale rather than to increase inventory levels.