Inflation lowest in Vietnam in 14 years
The CPI in November rose just 0.07 per cent compared to October and 0.34 per cent year-on-year, according to the General Statistics Office (GSO). From January to November it increased a mere 0.58 per cent; the lowest rate recorded for 14 years.
Go Back 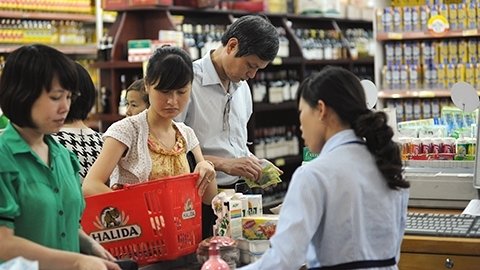 After a stronger increase last month, restaurant and catering services saw a 0.05 per cent decline in November, with meat falling 0.01 per cent and cereal increasing 0.31 per cent and dining out 0.07 per cent.

After falling for the last eight months cereal rose due to Vietnam winning contracts to supply rice to the Philippines and Indonesia. This is a good sign given that domestic supply is ample.

The price of meat is falling, especially pork, because supply is plentiful. The second strongest growth sector is housing, building materials, electricity, and fuel, which increased 0.32 per cent compared to October, due to rising retail gas and water prices.

Hats and footwear increased 0.14 per cent, as winter approaches in the north and the price of warmer clothing goes up.

In previous months education and healthcare saw a strong increase because August and September see the start of the new school year. In November tuition fees from primary to high school were stable, and the price of healthcare will not increased until next year.

The transport sector falling 0.38 per cent compared to October was largely responsible for the CPI in November only rising slightly, with cuts to the petrol price made on October 19 and November 13.

Gold and the US dollar, though excluded from the CPI basket, also fell, by 0.64 and 0.32 per cent, respectively, compared to last month.

According to the GSO, core inflation (excluding fresh cereal, meat, energy, and education and healthcare) in November rose 0.05 per cent compared to October and 1.72 per cent year-on-year.