Inshore shipping routes prove competitive edge
Shipping routes along the coast of Vietnam have played an increasingly large role in transporting goods from the north to the south of the country in recent years, helping ease the burden on road transport.
Go Back 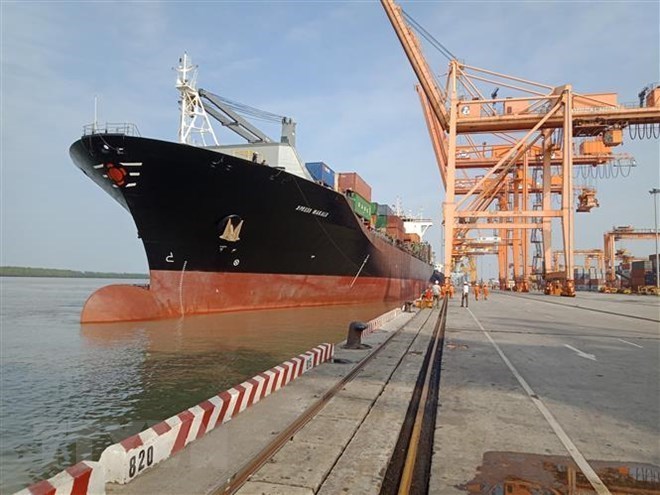 The move aimed to capitalise on the nationwide river and canal network to use river-sea cargo vessels (VR-SB) to carry goods from rivers and canals in the mainland and then along the coast to reach destinations nationwide, a revolution in the country’s water transport industry.

Director of the Vietnam Inland Waterways Administration (VIWA) Hoang Hong Giang said there are 124 river mouths nationwide with about 30 eligible for river-sea transport. This type of transport was not developed in the past due to regulatory barriers.

He noted more than 1,550 VR-SB ships have operated over the last four years and over 120 passenger ships.

MoT Deputy Minister Nguyen Nhat said for short distances – about 400km and shorter – like between northern Hai Phong city and central Ha Tinh province, or between central Binh Thuan province and Ho Chi Minh City in the south, river-sea transport has advantages. It has helped handle a huge volume of cargo, especially oversize and overweight loads.

While road transport is under great pressure and rail transport is substandard, inshore shipping lines have been warmly welcomed by businesses, he noted.

Nhat explained that although the time needed to deliver goods on these routes is 1.5 – 3 times longer than by road, costs are 50 – 70 percent of using the roads.

He took the route from HCM City to central Quang Ngai province as an example. It costs 25 million VND (more than 1,000 USD) to transport one container by road, but the expense falls to only 6 million VND (nearly 260 USD) when using water transport.

With the fast and constant growth of river-sea transport, the number of VR-SB vessels is forecast to rise sharply, the official added.

However, VIWA Director Giang also admitted obstacles to the development of VR-SB ships, saying there are more than 270 ports and 10,000 terminals inland waterways across Vietnam, but most of them are small scale, with limited capacity and poor links with road and rail transport.

A shortage of manpower for operating these vessels and a lack of connectivity between inshore shipping routes and other services also need to be addressed.

Deputy Minister Nhat said it is necessary to encourage the development of VR-SB vessels while also strictly managing their operations. He also called for the expansion and stronger monitoring of inshore shipping routes.