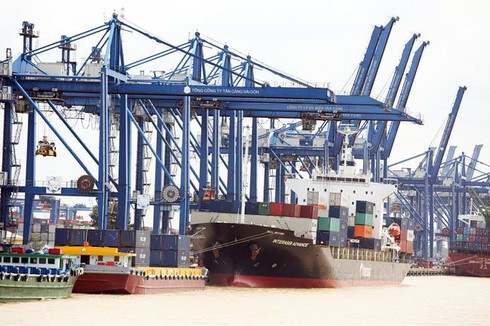 Despite extremely tough conditions, Vietnam’s imports and exports in 2019 scored outstanding achievements and contributed significantly to macro-economic stability and inflation control. However, inherent weaknesses remain while new factors have emerged, threatening sustainable development of the sector in the coming time

Vietnam’s foreign trade in 2019 scored a double win regardless of unprecedented challenges. Globally, 2019 is the eighth year of continuously falling prices of commodities, an unprecedented event over the past six decades which has hit foreign trade worldwide. In this context, economies with greater openness like Vietnam have been facing a stronger impact on their import-export activities.

In this context, Vietnam’s exports of over US$263 billion in 2019, up 8.1% year-on-year and slightly above the target, is a big achievement. The export revenue and growth would be much higher if prices of export commodities did not fall.

This export achievement shows that Vietnam’s endurance of the price fall is quite strong, as exports of other countries facing the same price downtrend suffered a drop. Statistics of the International Trade Center (ITC) show that the total exports of 12 countries with export revenue of over US$200 billion each fell by 2.68% in the first 10 months of 2019, and 10 of them suffered negative export growth, including the world’s three big exporters—China, the United States and Germany.

While export growth is beyond expectation, import growth was much slower than expected, a no less significant achievement which together resulted in a record high trade surplus. Vietnam set the trade deficit target for 2019 at below 3%, equivalent to less than US$7.9 billion, but the country eventually gained a trade surplus of as much as US$9.9 billion.

It’s highly likely that the reason for policymakers to get a surprise over the trade balance for four consecutive years is the continuous fall of global commodity prices as said above.

That said, though the fluctuation of global commodity prices have caused greater difficulties for export activities, with the “import basket” of Vietnam, it is a favorable factor not only for export but also for macro-economic stabilization and inflation control.

Nevertheless, it should be acknowledged that the impact of exports as well as the domestic market on economic growth is weaker.

A possible reason for this low profitability is that though the manufacturing and processing sector has developed strongly in recent years and contributed significantly to the overall export, the sector’s import is increasing correspondingly. This means that to meet the demand of domestic consumption and export, Vietnam has to import many finished as well as intermediary products, meaning the added value in made-in-Vietnam goods is still modest.

What’s more worrying is that in the context of the Sino-U.S. trade war, Vietnam’s imports and exports seem to move in the opposite direction though management agencies are tough in dealing with products disguised as Vietnamese goods for export to avoid tariffs. While exports to the United States increased as much as 27.7%, accounting for 23% of the total export revenue, imports from China also rose 14.9%, accounting for 29.7% of the total imports. On the reverse, exports to China barely moved while imports from the United States, albeit growing strong, increased only 12.1%. Therefore, the opposite trade balances with these two countries are getting more worsening.

In sum, despite extremely tough conditions, Vietnam’s imports and exports in 2019 scored outstanding achievements and contributed significantly to macro-economic stability and inflation control. However, inherent weaknesses remain while new factors have emerged, threatening sustainable development of the sector in the coming time.