Instant Coffee Demand Brings Vietnam Up the Caffeine Value Chain
The mantle of biggest robusta grower isn’t enough for Vietnam. It wants to be known as an instant coffee maker, stocking tins and jars on shelves across the world.
Go Back 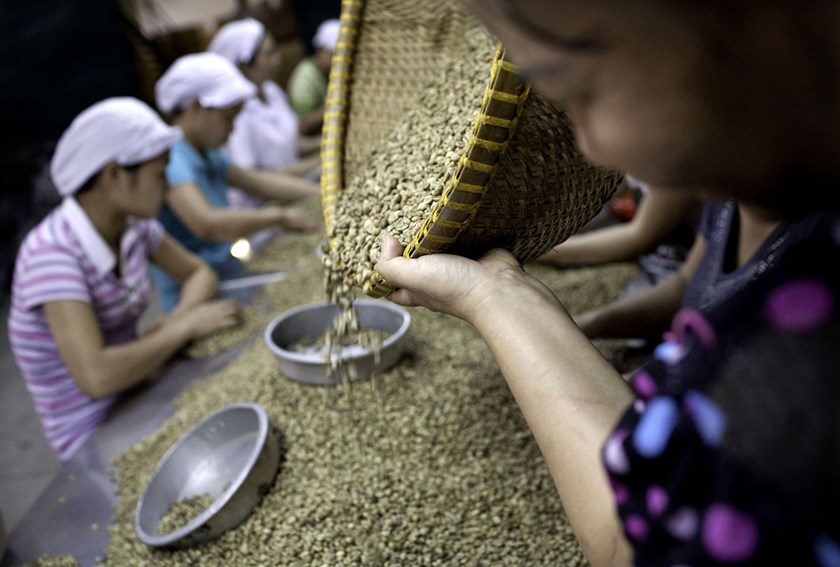 The mantle of biggest robusta grower isn’t enough for Vietnam. It wants to be known as an instant coffee maker, stocking tins and jars on shelves across the world.

Nestle SA and Olam International Ltd. have already invested in coffee-processing facilities in the country to tap into surging instant-coffee demand as Vietnam seeks to boost export earnings by shipping more processed products. About 15 percent of its total output will be used to make the soluble variety by 2020, about three times the current level, according to the Agriculture Ministry.

Global instant coffee consumption surged 62 percent in the past decade, beating a 20 percent increase in roasted and ground beans, U.S. Department of Agriculture data show. Annual demand will rise about 3 percent in the next three to five years, Olam estimates, amid growing appeal in emerging markets for the ease of getting a brew ready by simply adding hot water.

“In Asia especially, the convenience of instant coffee is appealing to customers who are increasingly getting into the habit of a quick pick-me-up,” said Vivek Verma, managing director and global head of coffee, dairy and commodity financial services at Olam. “In many emerging markets there is an implied social status from consuming coffee, which is seen as a premium, higher-end product and activity.”

Robusta futures in London slumped 15 percent from the start of this year, erasing last year’s gain of 14 percent.

“We are the second-biggest producer and exporter of coffee in the world, but if we go around Europe, America, Asia, it’s rare to come across coffee carrying the name Vietnam,” Agriculture Minister Cao Duc Phat said at a conference in March. “Our added value is very little.”

Vietnam can boost soluble-coffee output because of its lower manufacturing and labor costs as well as the availability of robusta coffee, said Carlos Mera Arzeno, an analyst at Rabobank International. The country is also close to the growing Asian market, Olam’s Verma said in an e-mail. The company has an instant-coffee manufacturing plant in the southern province of Long An that began commercial production in 2010 and was expanded in 2012.

Vietnam faces export competition. India’s coffee shipments are set to increase the most in four years in the year through March 2016, the Coffee Exporters Association of India predicts. Exports from Vietnam in the first seven months slumped 33 percent to the lowest since 2010, government data show.

Other Asian countries are adding instant coffee capacity, Olam’s Verma said, citing recent investments in Malaysia, Laos, Indonesia, China, India and South Korea. Brazil is expected to continue dominating bulk instant-coffee supply over the next five to eight years due to its competitive currency, expertise and processing volume, he said.

Closer to home, Vietnam is promoting local coffee demand, especially among young people, to boost the ratio of domestic consumption to more than 25 percent of output by 2030 from less than 10 percent currently, according to the agriculture ministry.

“My parents like tea, but I prefer coffee because coffee tastes better and is more effective in waking up my spirit in the morning,” said 31-year-old office worker Nguyen Phuong Nga in Vietnam’s capital city of Hanoi.