Instant noodle market no longer hot
Between 50 and 55 instant noodle packs a year on average are bought by each Vietnamese, a slight decrease compared with recent years, according to the World Instant Noodles Association
Go Back 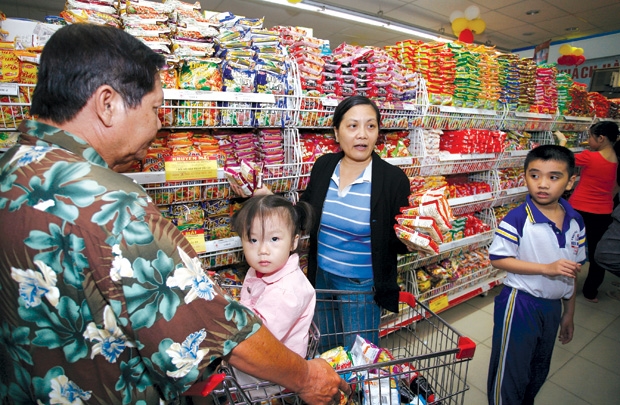 VietNamNet Bride – Between 50 and 55 instant noodle packs a year on average are bought by each Vietnamese, a slight decrease compared with recent years, according to the World Instant Noodles Association (WINA).

According to Kajiwara Junichi, general director of CP Acecook Vietnam, the Vietnamese instant noodle market has declined because of many new different kinds of instant food.

Masan is the second largest market shareholder, but it is nor optimistic about the instant noodle market’s prospect, saying that the industry is too competitive. In 2015, the consumer goods manufacturer saw negative growth in instant noodle sales.

That was why Masan’s shareholders, before the shareholders’ meeting in April 2016, questioned if the instant noodle industry’s age was over.

With 60 years of experience, Nissin, the best-selling brand in Japan, once triggered a new tendency in Vietnam with non-fried instant noodles (the other products are fried noodles). To compete with Nissin, Acecook also marketed Mikochi, a non-fried noodle product.

However, a branding expert commented that the strategy to create differentiation of products has failed because it is difficult to change consumers’ habits. Nissin has not spent much money on marketing and ads.

The branding expert said that in the competitive instant noodle market, not only small enterprises but big manufacturers also find it difficult to develop. Acecook, for example, failed with Mikochi, but also with another new product using natural materials.

Consumers turned their back to the green-colored noodles because they thought they were unsafe.

Though sales have decreased in the last two years, Junichi of Acecook said that profits in Vietnam were still higher than in Japan. Since foreigners like Vietnam’s pho products (noodles served with beef or chicken), Acecook Vietnam’s pho have been selling well to Japan, the US, Canada and Germany.

Therefore, under the ‘blue-ocean strategy’, it plans to develop instant pho and instant mien (vermicelli) products for domestic sale and export. Unlike the red-ocean strategy, under which manufacturers try to compete in existing market space, blue-ocean  followers create an uncontested market space.

Also following the blue-ocean strategy, a representative of Nissin said the manufacturer has chosen Vietnam as the production base for non-fried noodles. Seventy percent of Nissin’s exports are from factories in Vietnam, which offset the loss Nissin incurs in the market. Meanwhile, Masan has increased exports to ASEAN countries, targeting the 250 million consumer market.