More investment worries local government
Conclusions of FTAs, bilateral and multilateral alike, plus the accompanying shift of garment and textile projects from overseas to Vietnam, have become a source of concern for some local authorities as they are afraid of possible pollution, particularly in the dyeing process.
Go Back 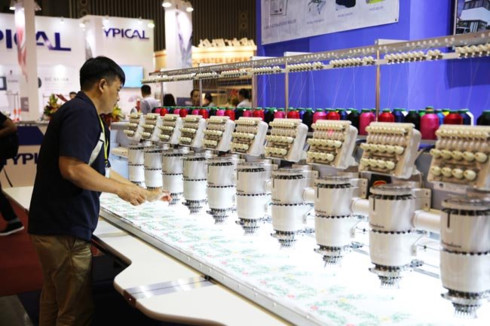 Propelled by bilateral and multilateral FTAs signed recently, Vietnam is now emerging as one of the top spots in the world for investors in the garment and textile industry. In reality, several garment and textile projects have been being relocated from foreign countries to Vietnam.

The new situation is a U-turn over what was happening in early last year when the Trump Administration withdrew from the Trans-Pacific Partnership agreement. Investments in this industry stalled then while big orders were re-directed to other destinations such as Cambodia, Myanmar and Bangladesh where unit prices were cheaper than in Vietnam. At the same time, the United States, Vietnam’s largest garment buyer, made an exit from the TPP.

However, the slide began to decelerate in Q3 of last year when the domestic market picked up and large orders from overseas came rushing again. As Mai puts it, the advantages of Vietnam’s textile and garment industry have become clearer in this regard.

It has better product quality and its enterprises can take large and complicated orders while able to ensure deliveries in a short time. After turning their back to Vietnamese contractors, customers realized that their new partners had failed to meet quality and delivery requirements, and began to come back.

According to Vitas, aside from the TPP and the Comprehensive and Progressive Agreement of Trans-Pacific Partnership (CPTTP), this industry of Vietnam has been favored by foreign investors because of other FTAs. In particular, the one signed with the European Union, the EU-Vietnam FTA (EVFTA), once in force will give a tremendous impetus to the local textile and garment sector.

The EU, argues Mai, is Vietnam’s second largest export market in this regard. Given the current tariffs ranging between 10% and 12% which will be slashed to nil, it will boost Vietnam’s goods to this enormous market. Traditionally, China, Taiwan and South Korea lead the way as far as textile and garment projects implemented in Vietnam.

However, Mai forecasts, the Republic of Korea (RoK) is likely to pull ahead in the competition as besides the bilateral FTA with Vietnam, RoK has inked a cooperation agreement with the EU. When choosing Vietnam as a destination for investment, RoK investors will further enjoy the benefit.

That investors pour their capital into Vietnam will definitely help develop the local textile and garment industry. However, some local governments have stayed lukewarm toward or even sent a warning signal to projects of this category, especially those involving the dyeing phase. Several local authorities have declined projects whose capital amounts to hundreds of millions of U.S. dollars for fear that they would adversely affect the local environment.

During a teleconference on export hosted by the Ministry of Industry and Trade in May, Truong Van Cam, Vitas vice chairman, said several provinces and cities had stayed watchful to textile and dyeing projects. For instance, the government of Vinh Phuc Province near Hanoi has turned down for a fourth time a US$350 million dyeing project by Hong Kong’s TAL Group.

Prior to Vinh Phuc, Danang had shaken its head to a different dyeing project, also handed in by another Hong Kong investor due to the pollution risk.

Analysts say localities have to weigh pros and cons for dyeing projects because of an investor’s failure to materialize its commitments to environmental protection, the authorities in charge would bear the brunt. Considering their limited budget, local governments would not manage to deal with environment disasters, if any.

So far, the bulk of foreign direct investments in the textile and garment industry are in the fields of fiber manufacturing, garment and accessories. The dyeing sector accounts for only around 9% of the total investment. However, according to Vitas, if localities refuse all dyeing projects, the hope that Vietnam could engage in the supply chain to meet the rules of origin to benefit from EVFTA (fabric-forward) and CPTPP (yarn-forward) would be faint.

Acknowledging that the dyeing process may cause pollution, Cam argued that projects having decent water-treatment systems had to be licensed. He suggested that local governments should create favorable conditions for dyeing projects with priority given to those that bring in modern technology in wastewater treatment.

Aside from environmental pollution, some localities are also afraid of textile and garment projects because they are labor-intensive ones which require large armies of migrant workers. A larger populace of migrant work force would also mean there must be more schools, health care facilities, accommodation and a larger force in charge of security issues.

Meanwhile, Minister of Industry and Trade Tran Tuan Anh have proposed local governments should come up with more consistent and friendly policies on textile, dyeing and finishing projects.

It is possible to deal with the environmental pollution via high standards applicable to wastewater, he said. The current allergy to textile and dyeing project should be avoided, insisted the minister.