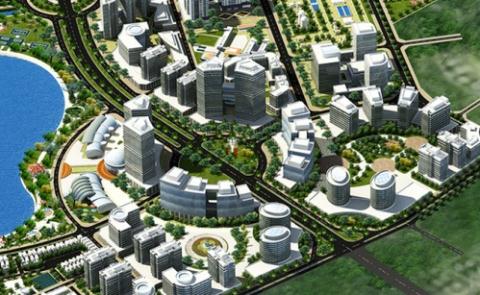 The Hanoi People’s Committee said it has received a document from Becamex ITC which asked for permission to develop a key software and digital content park, capitalized at VND24 trillion.

This is a key project of the city for the 2016-2020 period, about 70.8 hectares, expected to be located in the area along Vo Nguyen Giap Road on the Nhat Tan – Noi Bai route.

Hanoi also has some other hi-tech zones. The Cau Giay IT Park covering an area of 8.5 hectares has become operational. Meanwhile, the other two projects are still under implementation – the Hanoi Software Park, 32.14 hectares, in Long Bien District and the Hanoi IT Park, 36 hectares, in the same district.

There is also the Lang-Hoa Lac Hi-tech Park, a national park under the control of the Ministry of Science and Technology. It is set up near universities and institutes to be built in the near future and will use staff from the schools.

Developing software parks and the software industry is a growing trend in Hanoi and HCMC, which is a part of a national strategy on developing IT into abkey industry and becoming an ‘IT power’ like India.

However, Liem said there there werevstill many questions that need to be answered. One of them is where to set up the parks.

In Vietnam, the Quang Trung Software Park in HCMC and the Software Park in Da Nang City have been successful thanks to good policies of the local authorities. Will Hanoi be able to compete and attract investors to its software parks?

“There must be a national vision on the issue. It is still unclear which ministry is in charge of this,” Liem commented.

Meanwhile, an analyst said the municipal authorities need to be sure that the land areas allocated to investors would be used for the right purpose – developing software parks – instead of other purposes.

Since the land plot reserved for software parks is located on an advantageous position, on the way to the city’s international airport, many investors may try to occupy the land for hotel and shopping mall development.

“The local authorities need to be very cautious when choosing investors,” he said.