Investors keep pouring money into resort properties
The resort real estate market has heated up, with many projects up for sale and trillions of dong invested.
Go Back 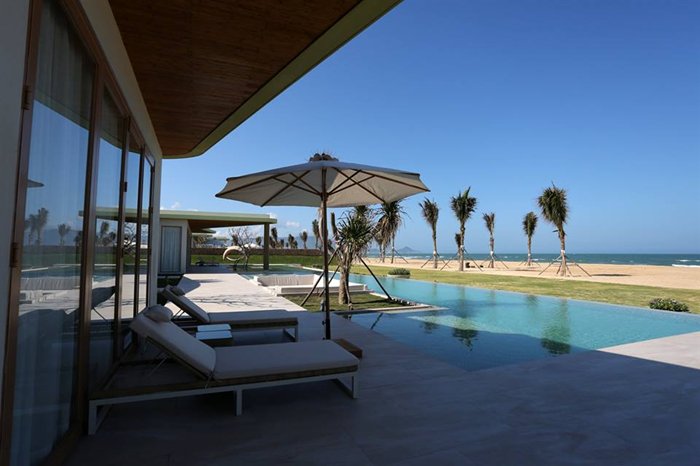 A series of resort projects along the coast have been put up for sale in the last four months.

According to CBRE, a real estate service provider, resort real estate supply increased in the first quarter of the year compared to 2015.

Dang Hung Vo, the leading real estate expert in Vietnam, noted that more and more investors tend to invest in the resort real estate segment instead of high-end houses and apartments.

He said investors once hoped they would make big profits from leasing high-end houses to foreigners and pouring money into the market segment.

However, as they have realized that demand in the segment is relatively low, they have shifted to invest in resort real estate as a new way to make profit.

However, the expert pointed out that not all investors dare inject money into resort real estate. “The pioneers in the field are all large corporations which have powerful financial capability,” Vo said.

He went on to say that Vietnam has favorable natural and cultural conditions to develop resort real estate.

Besides, as Vietnamese living standards have improved, demand for resort real estate has been increasing rapidly. Therefore, investors are confident that they would make profits if investing in the field.

Reports all show high number of transactions in the market segment.

More people have shown their interest in resort real estate products also because of sales policies, which offer many preferences.