Investors play the long game in M&A
Despite growing interest from investors and upcoming stake sales, it is looking likely that the long term will provide better prospects for mergers and acquisitions in the lucrative Vietnamese pharmaceutical industry.
Go Back 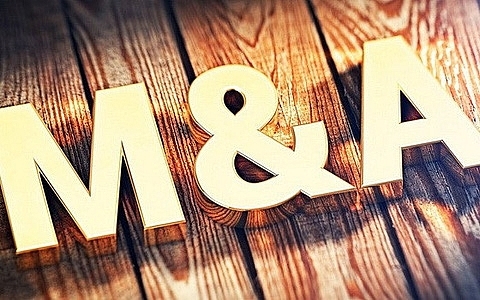 After two years of delay, Vietnam Pharmaceutical Corporation (Vinapharm), one of the leading Vietnamese pharma firms, is preparing for a stake sale to enable it to attract capable investors.

A source from the company told VIR that the Ministry of Health (MoH) may resume the divestment in the upcoming days. “The MoH is going to hire a consultancy for the tender. Under the plan, 35 per cent of stakes will be sold this year and another 30 per cent in 2020,” he said.

The divestment is said to be promising as Vinapharm, currently controlled by the MoH, is seen as a springboard for foreign investors to cash in on the lucrative local pharmaceutical market.

“As part of increased interest from foreign funders in Vietnam’s attractive healthcare, pharmaceutical, and medical devices sectors, the state’s decision to divest its interest in Vinapharm will undoubtedly attract the attention of those investors who are looking at strategic and financial opportunities to gain access to the market here,” said Michal Jacob, head of Healthcare and Life Sciences at KPMG Vietnam.

“Vinapharm is strategically positioned in the ­market, with robust distribution networks. It is one of the few pharmaceutical companies that undertakes research and development activities, which acts as the main pipeline for drug development,” she added.

Evidently Vinapharm, which is strong in terms of business scale and prestige, is said to be attractive to investors. With 23 member units and associated firms, it officially started to trade on the Unlisted Public Company Market in 2017. Backed by stakeholders in the MoH (65 per cent) and Viet Phuong Group (17 per cent), Vinapharm has invested in many leading local pharma firms including Imexpharm, Mekophar, OPC, Vidipha, Vimedimex, and Phytopharma. Moreover, it owns a number of valuable land lots in both Hanoi and Ho Chi Minh City.

In addition to operational strengths, an emerging ­advantage for the group is ­increasing flexibility concerning the foreign ownership limit (FOL) in the equitisation of state-owned enterprises (SOEs) and state divestments. This has been a concern among multinational corporations (MNCs) as they venture into the local market.

“Equitisation can create opportunities for foreign ­investors to participate in ­certain sectors which would not otherwise be open to ­foreign investment, such as distribution of pharmaceuticals, while Vietnam’s commitments to the World Trade Organization exclude distribution rights,” said a lawyer at Vilaf law firm.

Also importantly, the divestment of an entire state stake will be a plus to Vinapharm, as controlling the stake is a decisive factor for any financiers to make any investments in an SOE. The company’s state holdings will have been completely sold off at the end of these divestments.

With the advantages, Vinapharm is obviously appealing to MNCs who often target influential domestic pharma firms to penetrate or expand operations in developing countries. The past buy-ins to Domesco Medical Import-Export JSC (DMC), Imexpharm, Hau Giang Pharmaceutical JSC (DHG), and Traphaco JSC have been typical examples of MNC interest in the domestic market. Abbott Laboratories and Taisho continuously buying stakes in DMC and DHG also intensified the trend. Abbott increased its stake in Domesco to 51.7 per cent while Taisho Pharmaceutical Holdings, one of Japan’s largest drug firms, have completed a transaction to raise ownership in DHG to over 50 per cent.

In spite of these, Vinapharm is yet to gain success as expected after equitisation in 2017. The lower-than-expected business performance might be a subtraction to its attractiveness. Last year, the net revenue fell 12 per cent on-year to VND6 trillion ($260.9 million), while the pre-tax profit reached VND218 billion ($9.5 million) fulfilling just 89.6 per cent of the yearly target. The after-tax profit also dropped 19.8 per cent from 2017 to VND206 billion ($8.96 million).

A Vinapharm leader admitted that the attractiveness of divestment at this time may not be as high as expected, but insisted the firm will perform better in the future after recent strong moves towards placing more focus on manufacturing and business, instead of concentrating on financial investment as it did previously.

Industry insiders still believed that implementation of Decision No.1232/QD-TTg on the list of state capital withdrawal in the 2017-2020 period must be in good faith, and must be top priority.

“Foreign investor interest will depend primarily on whether the state will make a concerted and transparent effort to apply Decision 1232, as well as the terms and conditions being offered by the state,” Jacob of KPMG noted.

Back in 2017 when Decision 1232 was issued, the pharmaceutical market was fired up when Vinapharm was included in the list. At the time, in addition to Vinapharm, the market attracted attention with the state divestment of 20 per cent state stake at Vietnam Medical Equipment Corporation (Vinamed), also controlled by the MoH. A number of MNCs from Japan, South Korea, and the EU showed strong interest in the transaction.

Vinapharm is not the only target. The likes of DMC and DHG appeal to investors as their FOL has already been scrapped. State Capital Investment Corporation holds 35 per cent of DMC and 43 per cent of DHG, and will divest a large number of state shares in the firms towards next year.

However, Vinapharm and others may not be able to change the merger and acquisition (M&A) picture of the pharmaceutical industry this year. Industry insiders said that in the short-term, especially the rest of 2019, few big deals will likely be signed.

“Investors are still interested in the healthcare sector, both manufacturing and distribution businesses. However, there is not much choice for investors in 2019, which is forecast to see less M&A deals in the sector this year,” said Dang Xuan Minh, general director of AVM Vietnam, the co-organiser of the Vietnam M&A Forum 2019.

Over the last 10 years, Vietnam saw five M&A transactions in the pharmaceutical industry in The List 100 announced recently by AVM Vietnam. Despite slow beginnings, pharmaceuticals and healthcare are among the potential sectors for M&A deals in the long-term, driven by the acceleration of equitisation of SOEs.

According to the European Chamber of Commerce in Vietnam’s (EuroCham) Pharma Group, which now has 25 members, lifting the FOL in the pharmaceutical industry would send a positive signal to international investors. A clear path in converting partnerships into majority ownership would persuade companies to invest more heavily in Vietnam.

EuroCham’s Legal Sector Committee predicted that the numbers and value of completed M&A transactions in Vietnam are expected to grow further during 2018 and 2019, especially if the EU-Vietnam Free Trade Agreement (EVFTA) is ratified and enters into force as anticipated.

The trend is now gathering momentum as many MNCs have worked with SCIC on M&A opportunities. Japan, Singapore, India, and South Korea are among the most interested.

“In the past, South Korean investors often concentrated on green-field investments and the establishment of production bases in Vietnam,” said Michael DC Choi, senior deputy director of the Korea Trade-Investment Promotion Agency. “However, they now focus on M&As to tap into their Vietnamese partners’ available assets, thus reducing costs and expediting expansion. There are some M&A deals under negotiation in Vietnam, focusing on agro-chemicals, pharmaceuticals, and more.”

For Singaporean investors, M&As are an effective investment channel. In the last 10 years, Singapore was second in terms of number of M&A transactions, with 86 deals, and fourth in M&A value, with $1.86 billion as shown in statistics from the Singapore Business Association of Vietnam.

Currently, about 800 foreign companies are allowed to provide, but not directly distribute, pharmaceuticals in Vietnam, which is seeing a big demand for accessible healthcare amid enforcement of free trade agreements, ­including the EVFTA, which is set to further open the market.