Investors rush to divest from banks
Many investors, big and small, now are offering to sell bank stakes, but cannot find buyers even though the selling shares are lower than face value.
Go Back 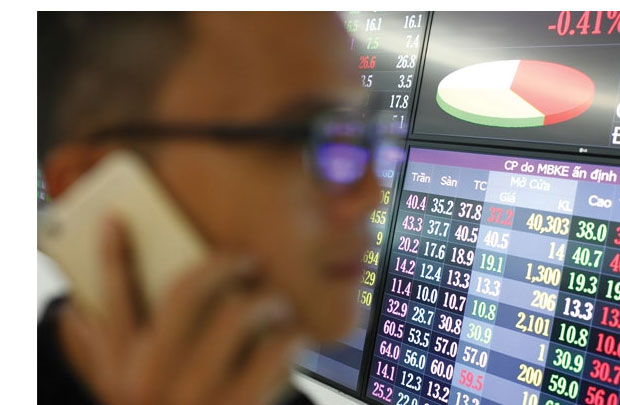 An investor on April 1 offered 50,000 shares of a bank in G12 group at a surprisingly low price level of VND2,500 per share. He accepted shares either in bulk or small lots.

Bank shares were once called ‘the King of shares’ as they were hunted by investors, who believed in the high profitability of the banking sector. However, the golden time of ‘the King’ is over.

Not only individual but institutional shareholders are also rushing to sell bank shares as they want to withdraw the investment they made in commercial banks so as to gather strength in their core business fields.

Investors are now expecting a large-scale sale campaign to be launched by institutional investors in the time to come in which hundreds of billions of dong worth of shares would be offered.

The bank share supply sources would also come from credit institutions which have been told to withdraw capital from other banks to settle cross-ownership status. Under a new regulation, commercial banks can only hold shares of no more than two other credit institutions.

Since the supply is plentiful, it is not easy to find buyers now. The Debt & Asset Trading Company (DATC) late last year offered OCB and SCB shares at below VND5,000 per share, but the shares did not sell.

Electricity of Vietnam (EVN) still cannot divest itself of tens of millions of ABBank’s shares. Meanwhile, Saigontourist still has 10.7 million Saigonbank’s shares though it offered to sell the stake at below face value.

Meanwhile, ABBank, LVB, BVBank, Techcombank, SCB, OCB, VABank and TPBank shares are priced at less than VND10,000 per share on the OTC market.