Home » Press » Is Vietnam the most attractive automobile market in ASEAN? 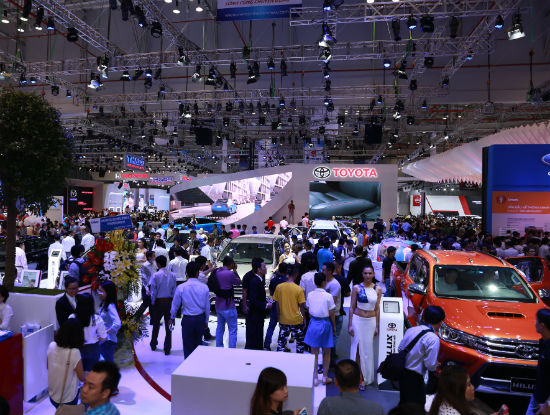 A report from the Vietnam Automobile Manufacturers’ Association (VAMA) showed that in the first eight months of 2016, VAMA member companies sold 187,407 cars of different kinds, an increase of 32 compared with the same period last year.

The market witnessed a sharp sales increases in both domestically assembled cars and CBU imports (complete built units) with the growth rates of 35 percent and 25 percent, respectively.

If considering the numbers of cars sold, Vietnam would still be considered a small market. According to OICA (International Organization of Motor Vehicle Manufacturers), Vietnam bought 210,000 cars in 2015, just one-fourth of Thailand’s where 798,000 cars were sold in the year.

However, Vietnam is the market with the highest growth rate in the region. While Thailand, the largest market, has had a sharp sales fall, and both Malaysia and the Philippines slow growth, Vietnam has been growing strongly.

Vietnam is considered an emerging market which attracts special attention from investors. FT Confidential Research of The Financial Times recently said that the Vietnamese automobile market gained a surprising growth.

Listed among the poorest countries in South East Asia (together with Myanmar, Cambodia and Laos), but Vietnam is the most attractive automobile market.

The number of cars sold in Vietnam accounts for 6.8 percent of total sales in ASEAN 5 (a group of five countries, namely Indonesia, Malaysia, the Philippines, Vietnam and Thailand).

“Isuzu is gathering strength for its comeback to the Vietnamese market,” he said, adding that from now on, Isuzu considers Vietnam an important market in the region.

Isuzu plans to boost the sale of LCV, including pick-ups and SUV.

Analysts all said that it is difficult to predict how the market would perform as it bears influences from adjustments of tax policies.

However, they believe it would still see high growth as the majority of Vietnamese prefer small cars which can enjoy preferential tax rates.