Is Vietnam’s productivity low because Vietnamese work for foreigners?
Vietnamese businesses simply do outsourcing for foreign enterprises. They just do what they are told to do. As they don’t have markets, their productivity is low, business people say.
Go Back 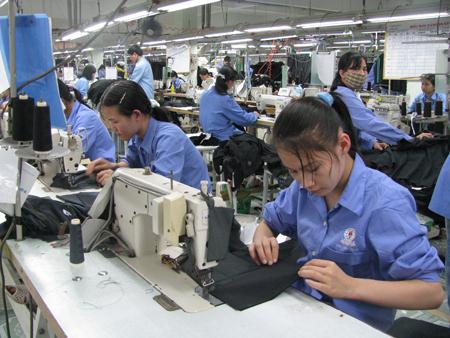 When asked to make comments about Vietnam’s low productivity reported by International Labor Organization (ILO), Nguyen Xuan Duong, chair of Hung Yen Garment Company, said the productivity of the garment industry was low, but specific businesses had a higher level of productivity.

Vietnam’s garment industry only began developing in a number of years ago, and workers still don’t have high skills.

“Older companies which have been operating for 5-10 years have higher productivity, while newly set up businesses have low productivity of $1-1.2 per working hour.

Meanwhile, Vietnamese enterprises cannot take these jobs. Most of them ‘live from hand to mouth’, do outsourcing for foreign enterprises, i.e. they do what they are told do to. Therefore, the workers in the enterprises do not have high specialization level than workers in other enterprises in the same Vietnamese market.

“Therefore, it is not completely true to say Vietnamese productivity is low,” Duong said.

Why do businesses still refuse to raise the minimum wage as requested if they deny the fact that their productivity is low?

Answering this, Duong said most businesses pay their workers based on revenue. Hung Yen Company, for example, reserves 60 percent of revenue to pay workers.

If the social insurance premiums increase, workers net incomes will fall. The premiums which were 7-8 percent of total revenue, have increased to 9 percent.

The social insurance premium is 32.5 percent, while the trade union fee is 2 percent, which places a heavy burden on businesses.