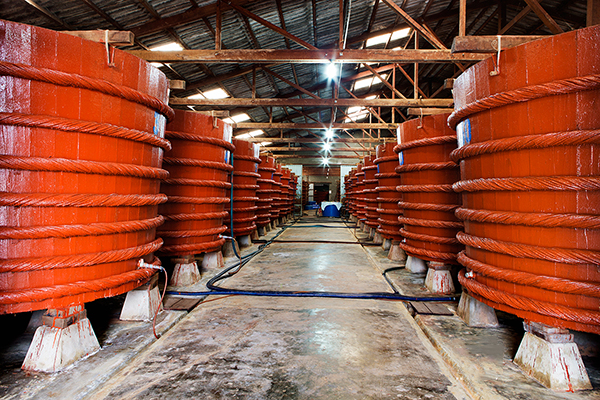 Phu Quoc and other fish sauce products made with the traditional method are called ‘truly fish sauce’ to differentiate the ‘next-generation’ fish sauce made by consumer goods manufacturers on an industrial scale.

According to Huynh Quang Hung, deputy chair of Phu Quoc district, the homeland of Phu Quoc fish sauce, there are about 80 big fish sauce makers, expected to churn out 30 million liters of products in 2016.

The 2015 annual report of Masan Group, one of the nation’s leading consumer goods manufacturers, showed that the market share held by its Nam Ngu and Chinsu fish sauce products is declining, which has forced Masan to look for new markets and try to conquer the Thai market.

Analysts commented that this could be a great opportunity for Phu Quoc fish sauce to regain its strength in the domestic market.

However, Hung admitted that there were also obstacles that hinder the development of the industry.

Enterprises carry out small-scale production and they are located in different places. The district’s authorities plan to set up a concentrated fish sauce production zone, expected to cover an area of 80-100 hectares where all fish sauce workshops will gather in the future.

Counterfeit low-quality products still are available in the market, while it is nearly impossible for Phu Quoc fish sauce makers alone to struggle with them.

And the most important reason is the lack of materials.

Anchovies have been overexploited in Vietnam for years. As a result, fish sauce makers have to send workers to Cambodia and Thailand to catch fish. This affects productivity, quality, color and odor of the fish sauce products.

Also according to Hung, Chinese businessmen have come to coastal areas of Vietnam to buy anchovies from Phu Quoc fish sauce makers. They pay high fees to collect anchovies in Vietnam to make dried anchovy products.