Listed companies report big profits, VN Index hits 9-year peak
Many companies have reported profit increases in the first half of 2016, a sign that the national economy is warming up, according to economists.
Go Back 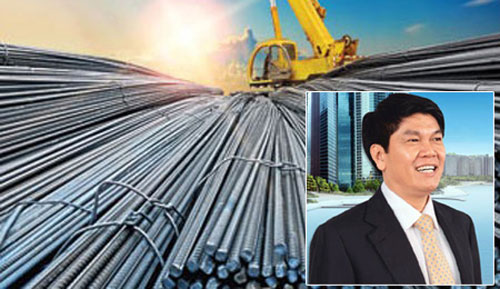 Hoa Phat Group (HPG) said it will reserve VND1.1 trillion to pay 2015 dividends (15 percent in cash and 15 percent in shares). This is a high dividend level compared with other businesses, but it is nothing compared with the potential of the enterprise.

HPG, the conglomerate owned by the Vietnamese second richest stock millionaire Tran Dinh Long, has reported a sharp increase in profit in the first half of the year.

In the second quarter, HPG made a profit of VND2 trillion, twice as much as the highest profit it once made in the past. The group estimated revenue of VND15.4 trillion in the first half of 2016 and the post-tax profit of VND3 trillion.

Hung Vuong Seafood (HVG) owned by the ‘Seafood King’ Duong Ngoc Minh has reposted the post-tax profit of VND226 billion for the third quarter of 2016 (the fiscal year from October 1 to September 30), which represents the sharp increase of 16 times in comparison with the same period last year.

The Phu Nhuan Jewelry Company earned profit of VND120 billion in the second quarter, the highest in the last six years.

An analyst noted that most of the listed companies which have released finance reports  show satisfactory business results. Many of them have fulfilled yearly business plans in the first six months of the year.

Only a modest number of companies have reported loss or profit decreases, and they are mostly businesses in the finance and oil & gas sector which incurred losses because of exchange rate fluctuations.

Huynh Minh Tuan from VnDirect Securities Company commented that the satisfactory business results of listed companies was good news for the stock market.

Encouraged by the impressive business results, big companies plan to expand their production. The high gross profit margin of 25 percent in the first six months of the year is expected to continue in the upcoming months.