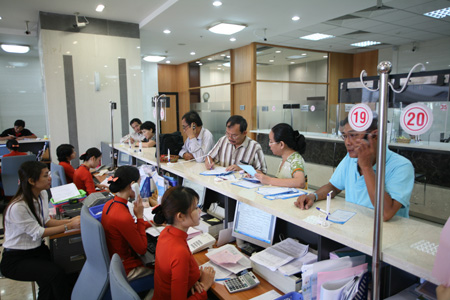 Despite concerns by shareholders, banks have still tried mergers and acquisitions (M&As) with ailing financial companies, whose non-performing loans even rose to between 30 per cent and 40 per cent. The move for M&As between banks and financial companies has become a major trend this year.

Industry insiders said that M&As with financial companies was the shortest measure to help banks meet the central bank’s regulations to qualify to be a part of the profitable consumer lending market in the future.

According to a draft circular from the central bank, which is expected to be issued soon, commercial banks are required to establish financial companies if they want to venture into consumer lending.

Currently, commercial banks can provide consumer credit, which is considered to be a high-risk venture.

Besides an expectation to help the consumer lending market develop more transparently and healthily through enhancing risk supervision and governance, the central bank also hoped that the draft regulations would speed up the restructuring of the current ailing financial companies.

Due to the advantages, Do Quang Hien, chairman of SHB, which has merged with Viettel-Vinaconex Financial Company, said that his bank had to make greater efforts to compete against other rivals to get the financial company.

Right after the merger Hien said that a foreign partner had asked SHB to buy stakes in the new financial company.

SHB needed foreign strategic partners who were competent in technologies to join in the governance of the financial company, Hien said.

Luu Trung Thai, vice chairman of the Military Bank (MB), also said after completing a merger with the Song Da Financial Company this year, MB would find foreign strategic partners to support the new financial company. MB might sell up to 49 per cent of the financial company’s stakes.

After the acquisition of the Viet Nam National Coal – Mineral Finance Company last year, and the change in its name to the VP Bank Financial Company, the company also announced the sale of 49 per cent of the new company’s stakes.

Director and general manager of overseas business at Credit Saison Katsumi Mizuno said that Viet Nam was a high potential target for consumer credit thanks to its youth population and a low proportion of the country’s population using banking and financial services.

Besides, experts said, it would be easy for foreign investors to earn profits from consumer lending in Viet Nam thanks to their cheap and abundance capital sources.

Meanwhile, local commercial banks prefer to join hands with foreign partners to run their financial companies as their governance, technologies and services in the consumer credit remain weak.