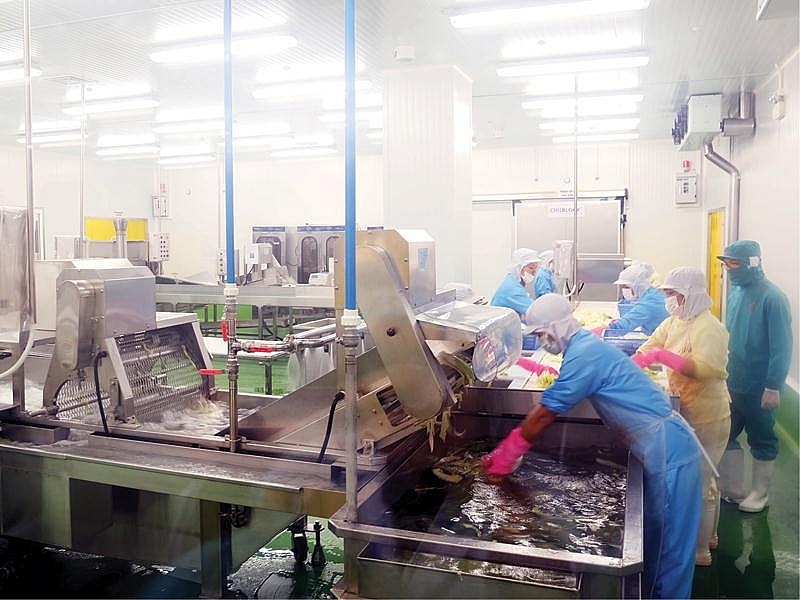 Vietnam has seen sustained growth in the F&B sector, with the entry of both local and foreign firms. According to statistics from Euromonitor, the F&B sector will reach an average growth speed of 18 per cent per year in 2014-2019.

Amidst this strict competition, and especially reacting to the threat of foreign firms, local F&B firms are developing their factories to expand manufacturing operations.

According to Pham Cao Vinh, chairman of Redsun-ITI Corporation, the firm has invested VND250 billion ($10.8 million) into building a food processing plant in Hiep Phuc Industrial Zone in Ho Chi Minh City. The capacity of the first phase is expected to reach 15,000 tonnes of products per year.

Along with Redsun-ITI, Golden Gate Restaurant Group, which owns a series of restaurant chains, namely Gogi House, Sumo BBQ, Cowboy Jacks, and Vuvuzela, with more than 200 restaurant units in 2017, plans to expand its operations.

Nguyen Cao Tri, CEO of Golden Gate’s Ho Chi Minh City branch stated that the firm expects to increase the number of its restaurants to 400 or more in a short time.

James Duong Nguyen, CEO of Dcorp R-Keeper Vietnam, said that the F&B sector in Vietnam has great potential. In the last five years, numerous local firms increased investments in the sector, along with a growing number of foreign investors making a landfall.

In the F&B industry, modern management technology plays an important role in contributing to the development of firms. It is the reason why more and more firms are starting to pay attention in upgrading this technology.

The potential of the F&B industry

In general, with a population of more than 93 million, more than half of whom are under the age of 30, the Vietnamese F&B industry has been getting great attention from foreign investors, according to experts.

A report of Business Monitor International forecast that the growth of the F&B industry will maintain an annual double-digit growth of 10.9 per cent in 2017-2019 and consumption demand will focus on food and necessities, thanks to people’s increasing income and a trend of using high-value products.

One business deal which attracted a lot of media attention in 2015 was the successful call for capital by Kafe Group.

Notably, restaurant-coffee chain Kafe received $5.5 million from Cassia Investment from Hong Kong which has invested in many F&B chains in Asia.

According to Chad Ovel, CEO of Mekong Capital, restaurant chains attract investors because almost all restaurants in Vietnam are individual ones, not parts of chains. There are only several well-known F&B chains (not including franchised ones) run by Nam An Group, Huy Viet Nam, Golden Gate, and TNG Holdings.