Local husbandry industry competes against imported meat
Vietnam spent more than US$556 million to import nearly 480,000 tons of meat of all kinds in January-October of 2015, an increase of $150 million compared with the entire year in 2014.
Go Back 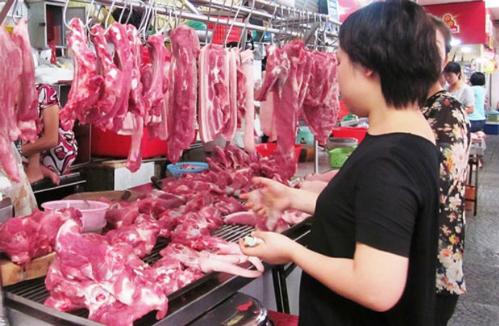 Imported meat currently floods supermarkets in Vietnam and the sources of import vary, from Australian, New Zealand and American beef to Indian buffalo and lamb meat and even small ribs imported from France.

Mr. Doan Xuan Truc, Deputy Chairman of the Vietnam Livestock Association, said that the strong increase of meat imports poses pressures but also is an opportunity for the domestic livestock sector to change to strengthen its competitiveness.

Imported meat currently floods supermarkets in Vietnam and the sources of import vary, from Australian, New Zealand and American beef to Indian buffalo and lamb meat and even small ribs imported from France.

The authorities have voiced concern about illegal imports of buffalos and cows from Laos, Cambodia, Thailand and even India to Vietnam.

Vietnam is importing chicken from more than 20 countries, mainly from the US, Brazil, South Korea, and the EU. In particular, the amount of chicken imported from the US accounts for more than 50%. Many countries such as Canada and Poland are promoting exports of pork and beef to Vietnam.

Truc noted that once the Trans-Pacific Partnership (TPP) agreement takes effect, meat from the countries with the modern livestock industry as the US, Australia, and Canada will be imported further to Vietnam due to reduced taxes.

Domestic poultry breeders are crying because they cannot compare imported chicken, particularly American chicken, which is priced only VND15,000-VND16,000 ($0.7 – $0.8) per kilo.

Vice Chair of the Vietnam Animal Feed Association Pham Duc Binh said that Vietnamese pig breeders still earn profit because they can sell pigs to China but in the future, imports of pork from TPP state members will strongly increase.

If local breeders do not change their policy, they will also face losses like poultry breeders at present. Particularly, they have to reduce production costs to less than VND35,000/kg ($1.7), he stressed.

Binh said imports of meat are normal but the authorities should make public the volume of imported meat and product origin and to set technical barriers for imported meat, like other countries treat Vietnam’s seafood products.

Mr. Tong Xuan Chinh, Deputy Head of the Vietnam Livestock Administration, said that the pressure created by imported meat will force the domestic livestock industry to invest in building a closed value chain. As for farmers, they should form cooperatives and work with distributors.

Chinh emphasized that Vietnamese farmers should not apply the industrial-model because they will never be strong enough to compete with foreign meat. They should develop “green and clean” livestock industry, for example setting up wild-boar and organic pig farms because the market demand for these products is very high and always stable.