Major firms to inform authority of M&A deals
Many large breweries may be required to report all of their M&A deals to the management agency.
Go Back 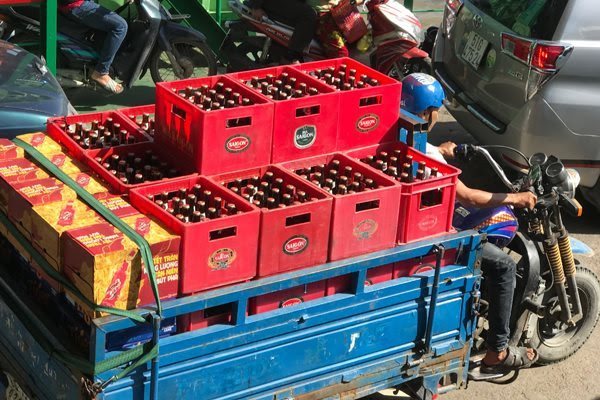 A tricycle transports beer products of Sabeco. The management authority is setting up a database of enterprises with high revenue and large assets to make it easier for managing M&A transactions

Tran Phuong Lan, head of the Economic Concentration Control Department of the Vietnam Competition and Consumer Protection Authority, under the Ministry of Industry and Trade, said that the management authority is setting up a database of enterprises with high revenue and assets of VND2 trillion or more.

The database is aimed at helping the agency keep a close watch on firms’ activities, including merger and acquisition (M&A) transactions.

“This means that when a firm on the list conducts any M&A deal, it has to report the economic concentration to the management agency,” Lan said.

The Vietnam Competition and Consumer Protection Authority had earlier proposed the caps to be applied to economic concentration announcements based on criteria related to total assets and revenue in the draft decree, which stipulates some articles of the 2018 Competition Law.

Specifically, under Article 13 of the draft decree, the enterprises have to inform the national competition authority of economic concentration activities they intend to pursue.

The national competition authority has 30 days from the date of receiving the report to announce its preliminary appraisal results to either allow an M&A deal or subject the firms to an official appraisal, according to the draft decree.

If the authority fails to issue an announcement, the firms are automatically permitted to conduct their M&A transactions.

Lan said that the draft decree had been submitted to the Government, adding that if nothing changes, the draft decree will be issued prior to July 1 this year before the new version of the Competition Law takes effect.

Speaking at a seminar on the status of and control over economic concentration in the beer-alcohol-beverage sector in the local market on May 27, lawyer Nguyen Anh Tuan said that with the proposed limit of VND2 trillion, many transactions will be subject to the regulation, creating pressure on the competent agencies and requiring compliance from firms.

Tuan questioned whether the national competition authority could cover 10-20 cases simultaneously, proposing that it should consider focusing on important cases instead.

Nguyen Ngoc Son, dean of the Economy-Law Faculty of Ton Duc Thang University, said that the regulation is based on the current market share, but firms will need to put significant time and effort into completing the reports for the authority.

Le Quang Lan, deputy head of the Vietnam Competition and Consumer Protection Authority, said the authority will propose adjusting the caps if they are not feasible.