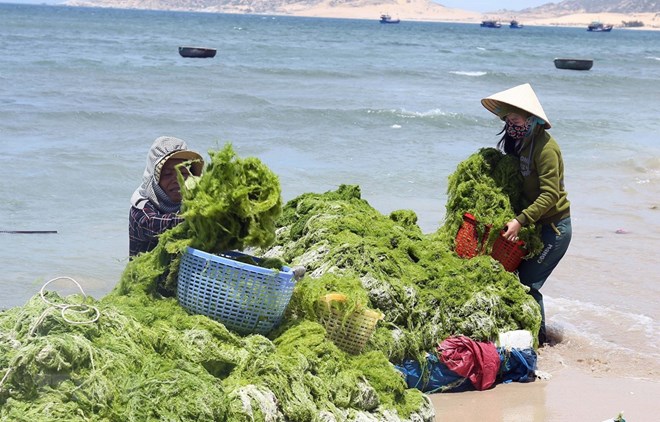 The ministry held a meeting in Hanoi on March 26 to review a master plan on surveying and managing marine resources and environment.

Minister Tran Hong Ha said the 28 coastal provinces and cities make up 65 – 70 percent of the country’s GDP. Their human development index is higher than Vietnam’s average figure, while per capita income in coastal regions is at least 1.2 times higher than the national average.

The ministry aims to survey marine resources and environment in 50 percent of Vietnam’s sea area at the scale of 1/500,000 and at a bigger scale in some key areas in the time ahead. A pollution risk map for inshore zones at the minimum scale of 1/500,000 will also be charted.

Vietnam boasts a 3,260km-long coastline, nearly 3,000 inshore islands, and Truong Sa (Spratly) and Hoang Sa (Paracel) archipelagos in the centre of the East Sea. It has a sea area of about 1 million sq.km in the East Sea.