Market recovers, real estate firms gear up for project development
Real estate developers are rushing to mobilize capital from the public to develop projects as the market is believed to bounce back soon.
Go Back 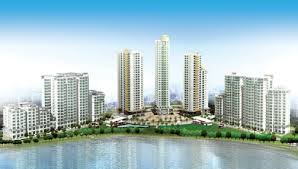 At a meeting with the local press in February, Doan Anh Hung, KLV’s managing director, said though the company focuses on high-end products, it would consider opportunities in the mid-tier segment.

At that time, rumors spread that KPL was considering cooperation opportunities with Nam Long, though Hung denied it.

In July, Nam Long unexpectedly announced that Ibeworth Pte. Ltd, which belongs to Keppel Land, was named the strategic partner of Nam Long after it bought 7.1 million shares (5.02 percent of chartered capital) in a deal worth VND140 billion.

With the deal, the foreign ownership ratio in Nam Long increased from 45 percent to 49 percent. On August 17, the company announced its charter had capital increased from 1.344 trillion to VND1.415 trillion.

Raising charter capital was the topic of discussion at all real estate firms’ shareholders’ meetings in 2015 as a strong recovery of the market was foreseen.

The Khang Dien Housing Investment & Trading Company, for example, after completing the plan to raise charter capital from VND480.7 billion to VND750 billion in May 2014, continued raising capital to VND1.260 trillion in February 2015.

By July 2015, Khang Dien’s shares had become one of the 10 largest investment items of the Vietnam Opportunity Fund (VOF), one of VinaCapital’s three funds listed on the London stock market AIM, which accounts for 3.6 percent of VOF’s NAV (net asset value).

In June 2015, the investment fund announced the disbursement of $15 million out of the $47 million investment deal (made by the fund and the other two investors) to buy convertible bonds issued  by Novaland Group.

Novaland Group has developed 20 real estate projects in HCM City, and it is going to introduce another seven projects in the time to come.

A lot of real estate firms plan to issue shares to prepare capital for the projects they are developing.

The Thu Duc House Development JSC, for example, plans to issue more shares to develop five to six projects in 2015.