Massive logistics hubs weighed
HCMC is looking for locations to develop large-scale logistics centers that can incorporate different services and modes of transport to meet growing demand of importers and exporters.
Go Back 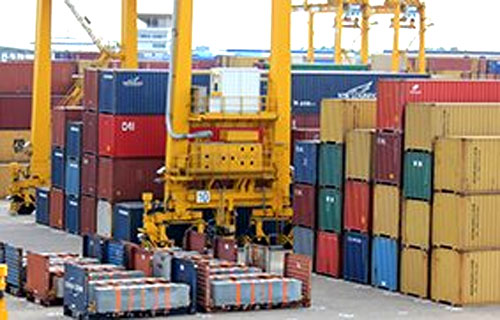 The HCMC Department of Industry and Trade and the Vietnam Logistics Business Association (VLA) held a conference on Tuesday to discuss with businesses how and where to build such facilities.

VLA said the existing logistics centers are small and scattered at industrial parks (IPs), including Tan Tao IP, Saigon Hi-Tech Park (SHTP) and other IPs in neighboring provinces, such as Song Than in Binh Duong Province and Bien Hoa in Dong Nai Province.

Each of the shortlisted locations has its own strengths and weaknesses.

Hiep Phuoc Port, for instance, is envisioned becoming the central port of HCMC, with inland waterways connected to the outskirts of the city and the Mekong Delta and southeastern regions. However, the area does not have enough cargo from IPs, and many ships still choose to avoid using the Soai Rap River which has not been effectively dredged.

VLA said that if a logistics center goes up in Hiep Phuoc Port, IPs must be developed or cargo sources from the Mekong Delta must be brought in.

Another location, Cat Lai Port, has a large cargo volume and convenient access to major roads and highways. However, the area has limited land for a large logistics hub. Construction of such a facility would be in conflict with development of a new urban area there, not to mention the chronic traffic congestion issue.

Cu Chi, the third location under consideration, is close to IPs in Long An and Tay Ninh provinces, and the Cambodian market. The issue is this area is heavily dependent on road transport.

Linh Trung, the last option, is connected to IPs in HCMC, Binh Duong and Dong Nai by both road and waterway. But it also relies on road transport and will have to compete with other nearby logistics centers.

Le Duy Hiep, chairman of VLA, said HCMC needs to establish a municipal or inter-regional logistics management agency and introduce specific regulations to facilitate the creation and operation of such logistics centers.

Land resources should be reserved for these projects and favorable conditions need to be created to facilitate trade, especially simpler customs procedures, he said.

A collaboration among authorities, entrepreneurs and researchers is required to develop large-scale logistics hubs, Hiep added.

Vu Ninh of Gemadept Joint Stock Company said the city is investing too much in roads while almost neglecting river transport. Building more inland ports to boost waterway transport and ease pressure on roads, he proposed.

At the conference, some firms suggested District 9 as another suitable place to set up a logistics center. The district has convenient access to major roads and waterways and is near Cai Mep Port. A logistics center there can connect the city with Binh Duong and Dong Nai to form an inter-regional logistics hub along the Dong Nai River, they said.

Le Phuc Tung, director of Transimex inland clearance depot (ICD), proposed the city government keep the port complex of Truong Tho in Thu Duc. It can help handle cargo for Cai Mep Port via barges and reduce the pressure on roads and Cat Lai Port, he said.