Ministry cracks down on fishery products
The Ministry of Agriculture and Rural Development has asked for tighter management of fishery products amid warnings by major import markets on food hygiene and safety standards of aquatic products.
Go Back 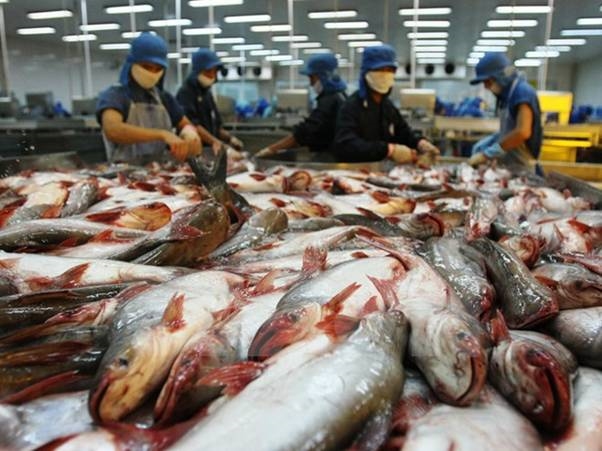 In the directive issued on Monday, the ministry said that while diseases were causing complications, there were violations in the use of chemicals and antibiotics in some localities, forcing several markets to stop imports.

The ministry asked for enhancing disease prevention and violations in the use of chemicals and antibiotics to be handled strictly.

Reports must be submitted to the ministry before the end of July.

Regarding the warning on some export batches or others that were returned due to contamination, there was a need to clarify their origins, the ministry said.

According to the National Agro-Forestry-Fisheries Quality Assurance Department (NAFIQAD), the European Commission (EC)’s Directorate-General for Health and Food Safety, on May 13 sent a document to NAFIQAD saying that measures to control the use of antibiotics in fisheries products of Vietnam were not effective enough to completely eradicate misuse of banned antibiotics.

On May 25, the EU watchdog also warned its member countries about the sudden mass fish deaths in the central coast of Vietnam and asked for tighter checks towards imported fisheries batches.

In addition, EU would eliminate fisheries processors from the list of firms which were allowed to export to the EU, in case their products carried warnings about antibiotic content.

The order came following the warning by the United States’ Food Safety and Inspection Service (FSIS) on two batches of catfish sent by two Vietnamese exporters, which were found to contain banned chemicals and antibiotics, just days after the United States approved a bill that would repeal the US Department of Agriculture (USDA)’s catfish inspection programme.

FSIS in its document sent to NAFIQAD said the reasons for the contamination and the handling measures for the two contaminated catfish batches must be clarified within 30 days.

The FSIS also asked for information on other catfish batches supplied by the two firms that had received the warning and on other exporters who had the same suppliers of raw materials.

Catfish processed from raw materials which were found to be contaminated could not be exported to the US until appropriate handling measures were put in place, FSIS said in the document.

On December 2, 2015, FSIS published the “Final Rule” on the inspection programme for Siluriformes. In accordance with the programme, FSIS has checked Vietnamese catfish exported to the US since April 15. The “Final Rule’s” full enforcement will come into effect on September 1, 2017.

However, on May 25, the US Senate approved a bill that would repeal the US’s catfish inspection programme that critics argued was wasteful and unnecessary, Vietnam News Agency reported. The resolution still needs the approval of the House of Representatives and President Barack Obama’s signature for it to take effect.

In the first five months of this year, fisheries exports reached a revenue of US$2.43 billion, rising slightly by 1.1 per cent over the same period last year, the ministry’s statistics have revealed.